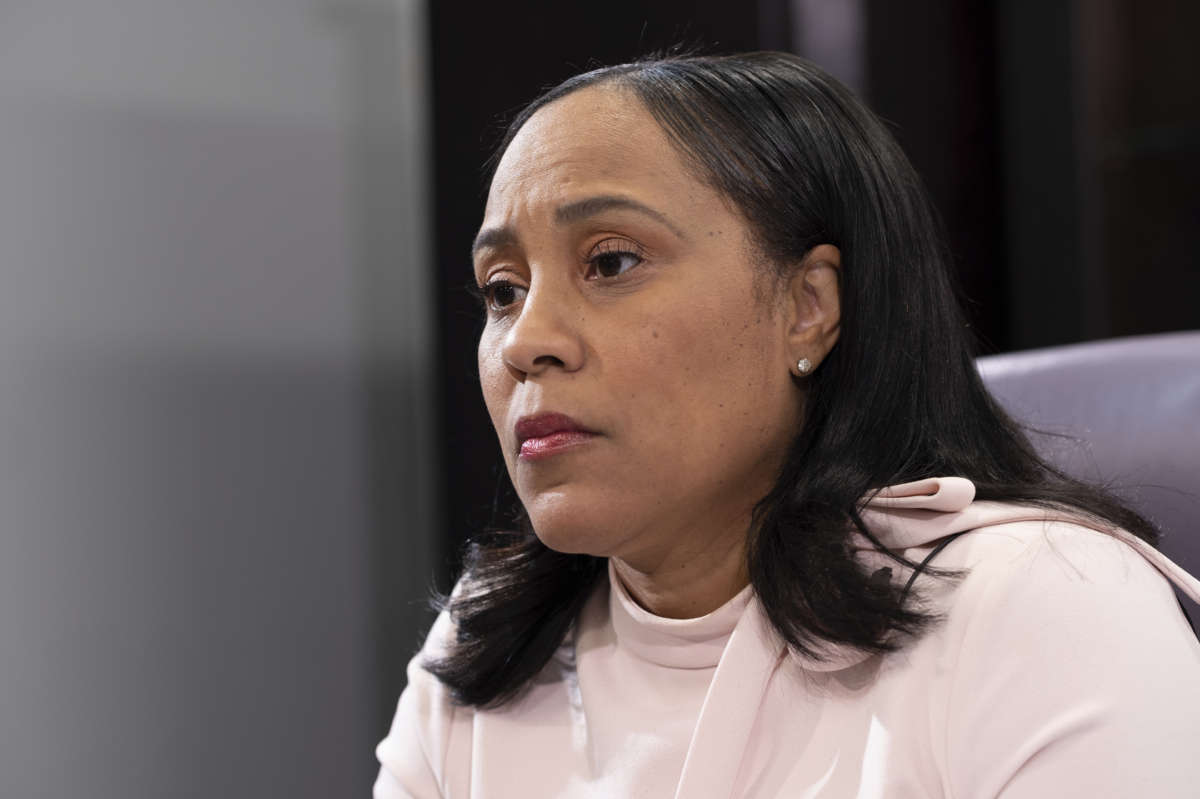 The Georgia district attorney investigating whether former President Donald Trump and his allies committed crimes when they tried to overturn the 2020 election there has asked a judge for a special grand jury for the probe.

In a letter, Fulton County District Attorney Fani Willis said her office has reason to believe “that the State of Georgia’s administration of elections in 2020, including the State’s election of the President of the United States, was subject to possible criminal disruptions.”

A special grand jury allows the DA to issue subpoenas. In the letter, Willis says several witnesses or potential witnesses — including Georgia Secretary of State Brad Raffensperger — “have refused to cooperate with the investigation absent a subpoena requiring their testimony.”

“All I want to do is this: I just want to find 11,780 votes, which is one more than we have, because we won the state,” Trump said on the call, which was obtained by Georgia Public Broadcasting. Raffensperger refused Trump’s entreaties.

“We will put the facts that are learned — literally, because I’m old school — up on a wall. We will see if the elements of a crime are met. If they are, I will present a case to the grand jury,” Willis told WABE in September.

On top of the ability to issue a subpoena, a special grand jury is granted other investigative powers, like the authority to obtain documents.

“Not only does [Willis] need to show that former President Trump made this call and made those statements, she needs evidence of what was his intent,” said Page Pate, a trial lawyer in Georgia. “I think, especially if she really wants to move forward with a prosecution, she wants more than just his voice on a phone call.”

Traditional grand juries in Fulton County typically are impaneled for two months and hear many different cases. A special grand jury is devoted to one investigation and can go on as long as needed. It can’t issue indictments, but a special grand jury still serves an important purpose.

“What it can do is issue a final report that would effectively be a roadmap as to all of the evidence it reviewed and make recommendations as to which charges, if any, would be appropriate based on that evidence,” said Gwen Fleming, a former district attorney in Georgia.

Then, prosecutors can decide to bring charges before a regular grand jury.

The district attorney’s request to impanel the special grand jury has to be approved by a majority of Fulton County’s superior court judges.

In a statement released by his political action committee, Trump repeated his baseless election fraud claims: “What this Civil Special Grand Jury should be looking into is not my perfect phone call, but the large scale voter fraud that took place in Georgia.”