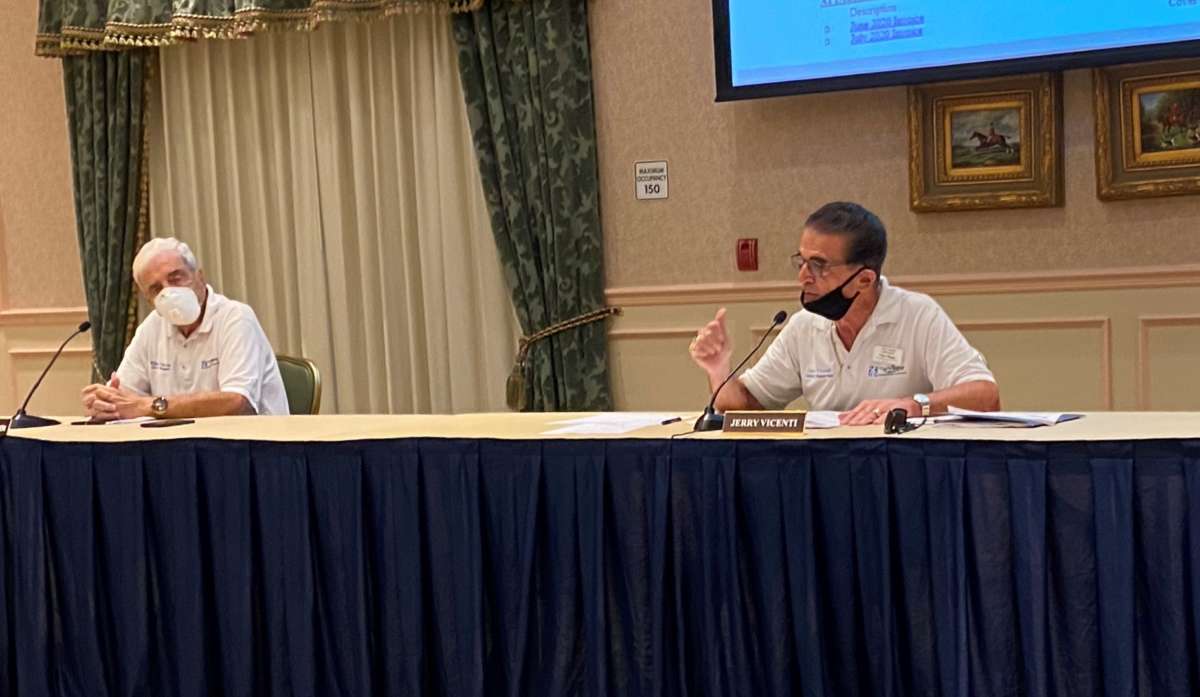 Supervisor Jerry Vicenti speaks during a meeting in The Villages on Thursday. Photo: Joe Byrnes

A board of supervisors in The Villages wants to challenge an agreement that keeps it from controlling how millions of dollars in district funds are spent on maintenance over 20 years.

Last year, when Community Development District 7 approved a 20-year agreement with other Villages districts, the residential districts shared the same lawyer. Now, when District 7 wants out of the contract, their new shared lawyer says that creates a conflict for him.

His recusal comes after charging them more than $10,000 to look into it and telling them they could be sued personally.

So the board is ending its contract with Mark Brionez and beginning the process of hiring a new lawyer.

Supervisor Jerry Vicenti believes a recording of the meeting last August shows the board approved the contract under duress.

To avoid defaulting, they’ll pay month by month as they seek a new deal.

And Thursday, as the CDD 7 supervisors filled a vacancy on their board, one thing was clear.

They were looking for someone to join the battle brewing with the powerful Sumter Landing district.

The board chose Stephen Lapp, a retired computer forensics examiner for the Department of Justice.