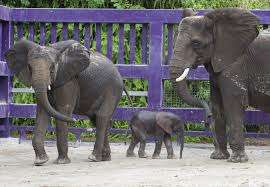 An animal rights group ranks Disney’s Animal Kingdom among the worst zoos in North America for its treatment of elephants.

The Animal Kingdom ranks 10th on the list compiled by In Defense of Animals.

The theme park is cited for the deaths in July of a pregnant elephant named Moyo and her unborn calf.

The group says the elephants died of birth complications after moving to another center.

In Defense of Animals says zoos typically don’t move pregnant elephants because it’s too stressful for them.

Also on the list are Six Flags Discovery Kingdom in California and the Bronx Zoo in New York.