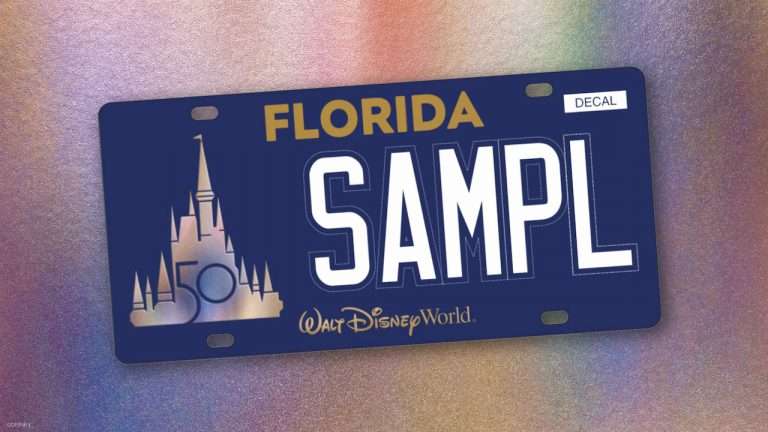 Disney has rolled out its first ever Walt Disney World Resort license plate for Florida drivers ahead of its 50th anniversary celebrations this October 1st.

The plate features an “EARidescent” Cinderella’s castle logo on a royal blue background with the words 50 and Walt Disney World featured prominently around the license plate numbers.

The plate is currently available for presale for all Florida drivers and 100 percent of the profits go to Make-A-Wish-Foundation of Central and Northern Florida.

Disney first partnered with Make-A-Wish, the nonprofit that grants wishes to children with critical illnesses, in 1980.

In the four decades since, Disney has granted more than 140,000 Make-A-Wish requests, thousands of which have come true at Disney World.