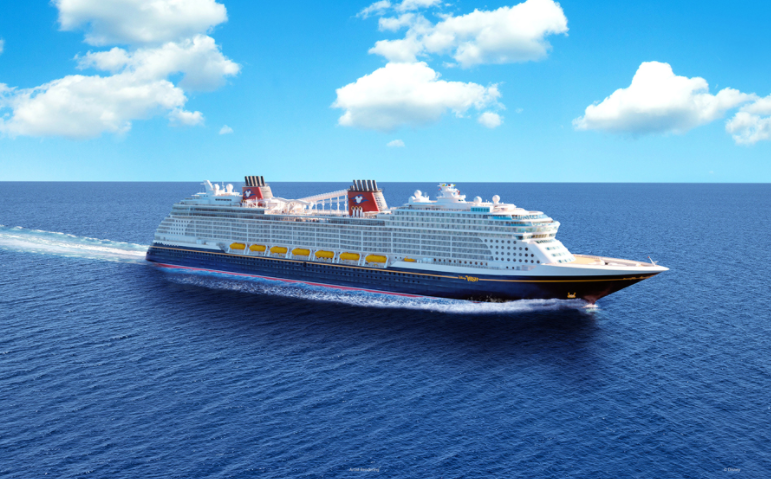 Disney has unveiled the latest ship in its fleet, the Disney Wish, which will set sail in summer 2022.

JUST ANNOUNCED! @DisneyCruise Line’s newest ship, the #DisneyWish, will immerse guests in the stories of Disney, Pixar, Marvel & Star Wars like never before. Check out the full list of new spaces coming to life when the Disney Wish sails in Summer 2022: https://t.co/8Xw3jA6my1 pic.twitter.com/Lg1dvkqjhn

Bookings for the fifth ship to join the Disney fleet will begin in May 2021.

Disney CEO Bob Chapek says the ship will draw on several beloved Disney characters and worlds as part of its at-sea attractions and dining experiences.

“Guests will be able to explore even more immersive worlds based on beloved Disney stories and characters including Frozen, Star Wars, Marvel superheroes. And of course Mickey Mouse, Minnie Mouse and their pals.”

The ship will feature a water ride called the AquaMouse along with a new Arendelle themed restaurant and Frozen musical dinner theater.

And Disney Parks Chairman Josh D’Amaro says the ship will be the first in its fleet to go green.

“The Disney Wish and all the news ships we’re building will run on liquified natural gas. One of the cleanest burning fuels in the marine industry. It’s an important action we’re taking today for a better tomorrow.”

Disney has currently cancelled all of its Disney Dream, Disney Fantasy and Disney Wonder cruises in the US through June 2021. But some shorter UK Disney cruises will set sail this summer.