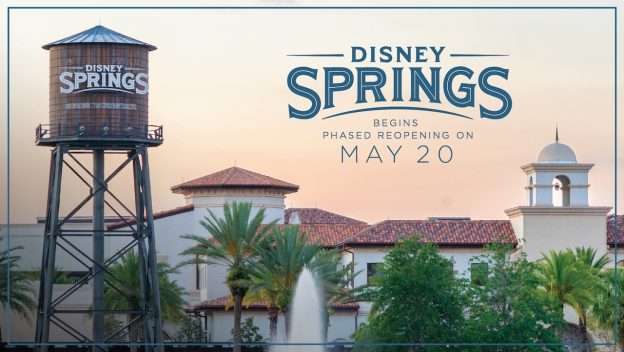 Disney Springs plans to reopen some restaurants and retail spots later this month. Hotels and theme parks on property remain shut down.

The phased reopening May 20 includes a number of retail and restaurants owned by third-parties.

Disney said the reopening includes enhanced safety measures, like increased cleaning,face coverings for staff and patrons along with limited contact with guests.

During the initial opening phase, Disney Springs will have limitations on capacity, parking and operating hours. It’s unclear which restaurants and shops will open.

Disney’s parks and hotels shut down back in March, furloughing some 70,000 Florida workers.

Disney lost half a billion dollars during the first two weeks Disney World and Disneyland were closed because of the pandemic. CEO Bob Chapek said the company plans on reopening Shanghai Disney on May 11 as the curve has flattened in mainland China.

Danielle Prieur contributed to this report.