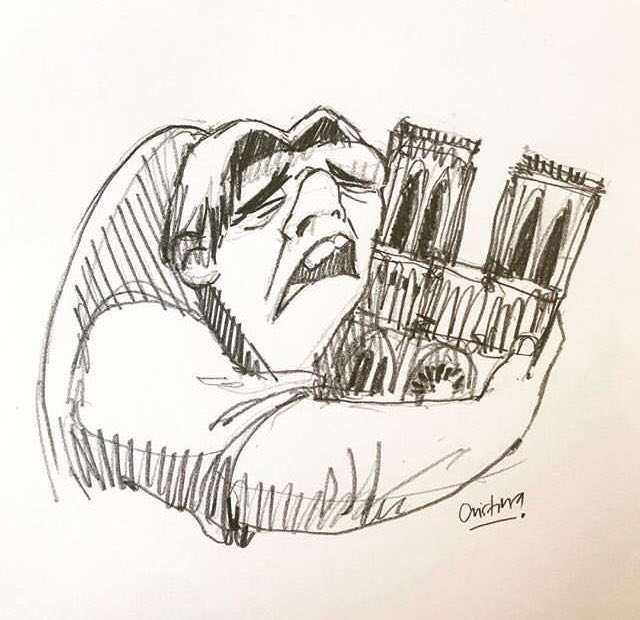 The Walt Disney Company has committed to donating $5 million to restore the Notre Dame Cathedral in Paris.

Chairman and CEO Bob Iger said the cathedral is a beacon of hope and beauty that has inspired quote “awe and reverence for its art and architecture and for its enduring place in human history.”

Disney set its 1996 animated movie “The Hunchback of Notre Dame” based on the Victor Hugo novel of the same name at the cathedral.

Disney joins other American companies like Apple in pledging its support after a fire almost destroyed the 12th century cathedral on Monday.

THREAD: After fire devastated the beloved Notre Dame Cathedral in Paris on Monday, NPR asked you to share your thoughts.

There were hundreds of responses –– photos, memories, even watercolor sketches.

Here are a few: https://t.co/ITjncmVhf0

French companies like Kering that owns Gucci, LVMH that owns Louis Vuitton, and the L’Oreal Company have already pledged more than 500 million euros to help with reconstruction.

President Emannuel Macron unveiled a plan to rebuild Notre Dame Cathedral in five years with this international support. He has also announced an international design competition to design a new spire for the cathedral.

Meanwhile, hundreds gathered in central Paris last night for a prayer vigil in honor of the iconic cathedral. pic.twitter.com/WIdCkoJWIt

The cause of the fire that destroyed the spire and damaged the inside of the building is still unknown but officials think it might be linked to a $6.8 million dollar renovation project that was ongoing.

The Basilica of the National Shrine of the Immaculate Conception is collecting donations to assist with the rebuilding.