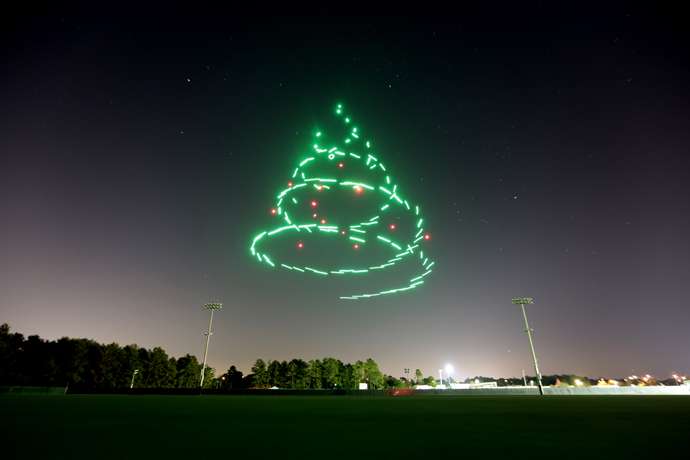 Walt Disney World has debuted a new light show—not with fireworks or lasers but– drones. Disney partnered with Intel for its ‘Starbright Holidays’ night show at Disney Springs.

The drones have built-in LED lights that can change into four billion color combinations. One computer controls 300 drones, each weighing less than a volleyball.

The Orlando Sentinel reports Disney has filed a new patent application for airbags that would deploy around the drones if they malfunction or sensors detect they are about to crash. It’s not clear if the drones already have these airbags on board.

The FAA deemed the drone operations safe and certified Disney to use them until November 2020. But the agency has authority to cancel or delay flights if safety concerns arise.