Disney Blogger Kenny White Weighs in on Jungle Cruise Ride Changes: “You Realize That Growth is a Part of Life” 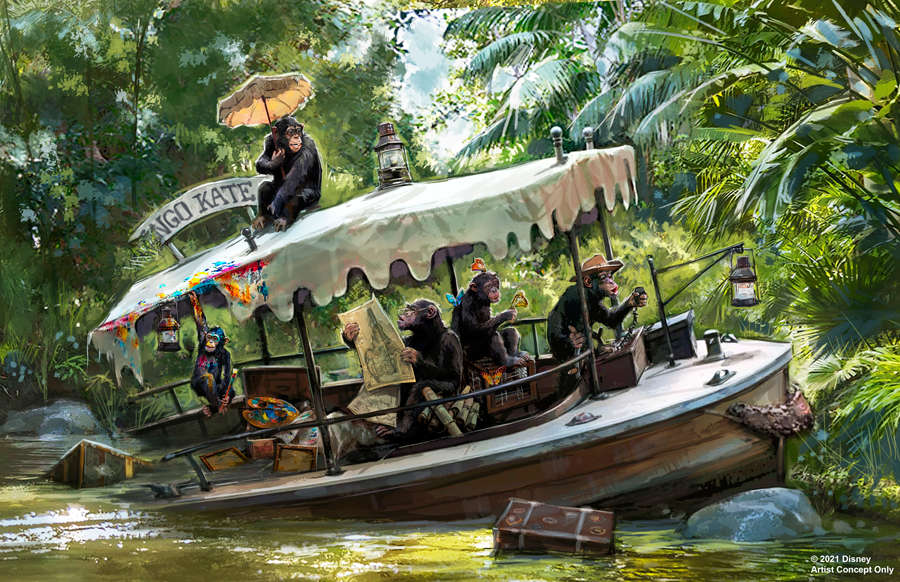 Disney announced on Monday that it will change its Jungle Cruise ride at Walt Disney World Resort and Disneyland to address negative depictions of Indigenous people.

The storyline will be refocused on the Skipper and his passengers and the mischief on the ride will be caused by wildlife.

Disney blogger Kenny White of KennythePirate.com says he polled 291 readers about these changes. He said 58 percent were in favor of the updates.

White said this is fitting as Walt Disney himself understood that change was the lifeblood of the theme parks.

“And as a matter of fact, as it related to the Jungle Cruise. In 1955, he actually saw a family who was walking past and the son said well I don’t want to ride that because we’ve already ridden that. And that’s when he realized that he needed to constantly improve and change the attractions to get the guests coming back.”

Still, 15 percent of readers said they wanted the ride to be left as it is.

To these fans he says he understands-these rides are a part of their childhood memories. But it’s only through change that the parks stay relevant and continue to surprise and delight fans with new experiences.

“You realize that growth is part of life. And you begin to accept things for the way that they’re presented. The new opportunities that we have. For example, we had 20,000 Leagues Under the Sea many years ago and now that’s a fantastic roller coaster called Seven Dwarfs Mine Train. So we lost something that we valued, but we also gained something that’s a lot of fun.”

Last June, Disney announced it would retheme its Splash Mountain ride after 20,000 people signed a petition.

Disney hasn’t announced a timeline yet for changes to these rides.

Tune in to hear the full story on the changes to Disney’s Jungle Cruise ride this afternoon on All Things Considered.