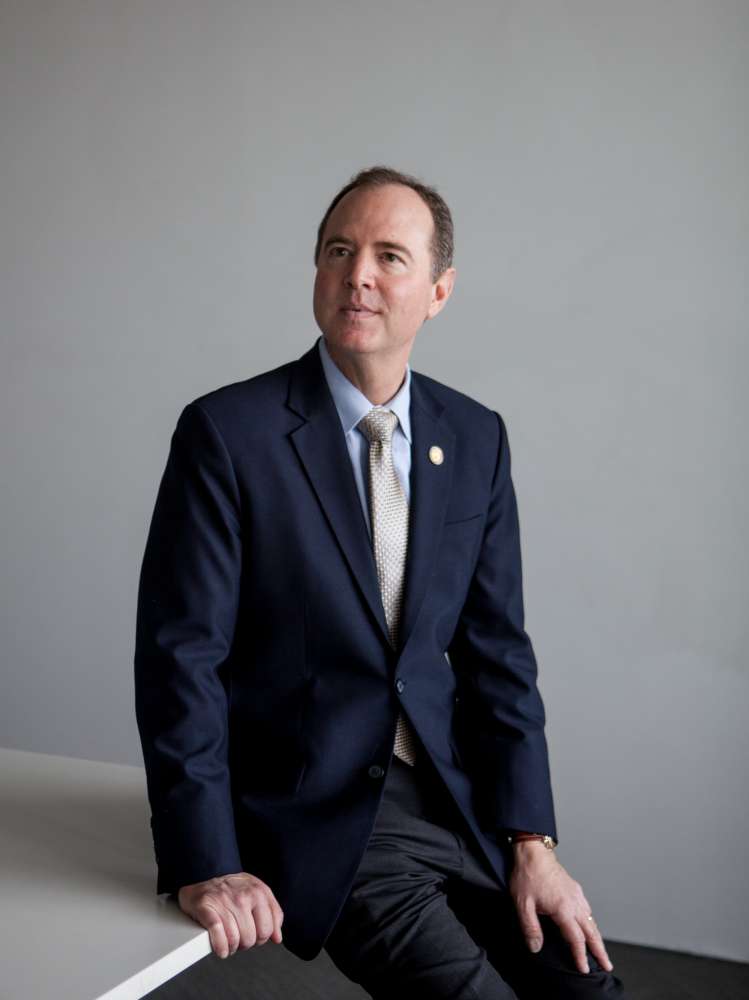 A key House Democrat on Tuesday blamed the White House for preventing a former top Justice Department leader from testifying in public about the Trump campaign’s potential ties to Russian election meddling.

Former acting Attorney General Sally Yates, a holdover from the Obama administration who was fired by President Trump on Jan. 31, reportedly notified the White House ahead of an appearance that was scheduled for an open hearing before the House Intelligence Committee this week. Republican Rep. Devin Nunes, the committee chairman, then canceled that hearing and another closed session that was supposed to have taken its place.

The top Democrat on the panel, California Rep. Adam Schiff, told NPR journalists on Tuesday that he believes the White House’s worries about what Yates might say led administration leaders to tell the Justice Department not to authorize Yates’ testimony.

“Sally Yates had a big role to play in why this hearing was canceled,” Schiff said. She could have discussed the details about what the FBI and Justice Department knew about former National Security Adviser Mike Flynn’s talks with Russian Ambassador Sergey Kislyak, Schiff said.

“It wouldn’t surprise me at all if there was a vigorous pushback on having her testify, among other things, about how long did [Trump] know Flynn had lied before he was willing to do anything about it?”

Separately, The Washington Post reported on Tuesday that the Trump administration told Yates that what she might have said publicly violated the executive branch’s privilege about internal communications.

White House spokesman Sean Spicer disputes the Post report. In a statement Tuesday, he said: “The Washington Post story is entirely false. The White House has taken no action to prevent Sally Yates from testifying and the Department of Justice specifically told her that it would not stop her and to suggest otherwise is completely irresponsible.”

Yates notified the White House shortly after Trump was inaugurated that Flynn was the target of an FBI investigation and may have been subject to Russian blackmail because he hadn’t told the truth about his discussions with Kislyak. Trump fired her over a separate issue — Yates told the Justice Department’s attorneys not to defend in court Trump’s order restricting travel from some Muslim-majority countries.

Yates may still appear before Nunes and Schiff’s committee, Schiff said on Tuesday, but no hearings are on the calendar and the process is still in disarray after a strange back-and-forth last week.

Nunes revealed that he’d seen secret documents that suggested Trump and his aides had been swept up in U.S. surveillance of foreign targets. He declined to share the documents with his fellow committee members — even Republicans — and it later emerged he didn’t even have them in his possession.

That kerfuffle, along with Nunes’ decision to cancel this week’s hearings, led Schiff to call for Nunes to recuse himself from the Russia investigation. Nunes said on Tuesday he would not. So the inquiry technically continues to go forward, but now with partisan overtones.

Schiff and some Republicans, including Arizona Sen. John McCain, want a special process to investigate Russia’s election meddling, either a select committee within the Congress or something like the 9/11 Commission that followed the 2001 terror attacks. But Republican leaders in the House and Senate appear unenthusiastic about anything like that and Trump would not sign any legislation that created a nuisance for himself.