Dessa Talks Mental Health, Rapping With An Orchestra And Feeling Unfamiliar With The Man She Knew 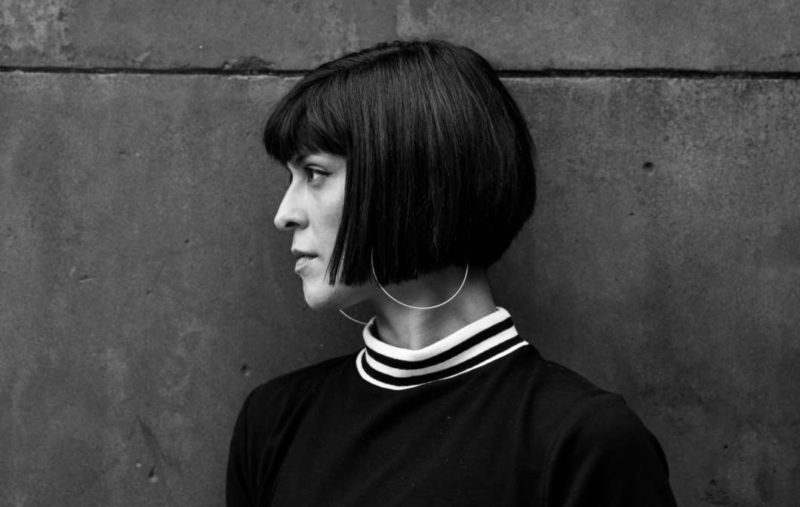 Dessa will perform in Orlando Saturday, September 21, at the House of Blues. (Photo by Matthew Levine)

Dessa Wander is a woman of many titles. Rapper. Poet. Author. CEO.

“When I was CEO, that title, I don’t know,” Dessa said. “It might as well have been written in magic marker on my sippy cup.”

Dessa performs this Saturday at the House of Blues in Orlando, as part of an event to support people dealing with depression and suicidal thoughts. 90.7’s Abe Aboraya spoke to Dessa about her creative process.

She began by talking about the organization To Write Love On Her Arms, which is putting on Saturday’s concert.

DESSA: But when you’re really in the throes of something, you know, when you’re in the throes of looping thoughts or it’s late at night, and compulsive impulses seem to be kind of hijacking your thinking, it’s really important to have a place to reach out to. And so To Write Love On Her Arms, the work that they’ve done to make resources available, and also just to collect a community of people, you know, to support people who are who are really struggling with those issues, I think makes makes a lot of sense. And resonates with me personally, you know, I’ve been frank about the fact that I’ve had some struggles with cyclothymia, which is like a baby version of bipolar.

ABE: You’ve got this album coming out that you recorded with the Minnesota Orchestra. I wanted to ask what’s the biggest challenge when you’re collaborating with an entire orchestra?

DESSA: I, I didn’t grow up like playing in band or singing in choir or anything. So not only had I never performed with an orchestra before, but I didn’t really have a strong precedent for just like large group ensembles of instrumentalists. I’ve performed a lot with my cohorts in Doomtree, which is kind of like a ragtag, it’s a rap crew, you know. So it’s big personalities, a lot of talent. But our music generally isn’t notated. And our performances don’t necessitate hours and hours and hours of rehearsal. But working with an orchestra, this is like a magnet, an order of magnitude larger. I mean, it’s just over 75 people on stage at one time doing the same thing. It’s a, it’s staggering.

ABE: You released Chime in 2018. And this is a little bit of the song Fire Drills, I want to play a little bit about as well.

ABE: That’s a song about growing up as a girl that’s being told to be safe, that’s being told to be cautious. I want to maybe flip the question a little bit and ask: What advice would you have for fathers out there that are maybe trying to strike that balance between keeping their girls safe and sort of letting kids grow up just being kids?

DESSA: Oh, man, such a good question. I want to be careful, because I’m not a parent. So I don’t want to step out of my lane of expertise. But I think that some of the best work that we can do to keep girls safe is to raise boys. Well, you know, so it’s not only how you raise your girls, but how you raise your boys.

I went on a date, like, two nights ago, where I came home and I laughed at myself because I had, I had not lived up to my own feminist standards of like, I don’t know, just frank conversation and an honest self advocacy. I’d been kind of pressured into a kiss that I didn’t want to have. I’m 38 years old. I’m on record as a feminist, you know what I mean? Like, and I’m laughing because I didn’t feel unsafe. I’m laughing because I thought ‘Wow, it is hard to put in practice, what is so easy to speak about.’ But in the moment, I don’t know, like, I didn’t know what else to say and I got awkward and so I just gave in. And that’s silly, because that’s not what I do in business negotiations, right? I certainly don’t do that in business negotiations.

I just wanted to say I think it’s worth filing a report of all the things we’re not doing because we’re preoccupied with that. And my tenor wasn’t, I hope, blamey. My tenor was, ‘Hey, I think as other human beings might be interested in this corner of human experience that that isn’t transcribed too often. Both men and women. This is an angle that seems worth thinking about for a moment, you know? And so I think one of the moments that I’m of genuine, like, real highest praise that I’ve received as an artist is when dads sing along to that in concert. That that means a lot. I’d love for for travel books not to have a section in the back that says ‘advice for women traveling alone.’ What a weird, what a weird thing it is, I guess, to go unremarked upon.

ABE: You performed for NPR’s Tiny Desk concert. I want to play a little bit of sound of the song ‘The Man I Knew.’

ABE: When I hear that, I hear someone who was in love with an addict in some way.

DESSA: Yup (laughs). Yeah. You’re well researched. Yeah, you know, I had been dating a guy who – I’m going to shy from the word addict – but who was doing a lot of drugs. And it freaked me out. You know, this is someone I thought I knew really, really well. And I wouldn’t have been surprised if we were fighting. I wouldn’t have been surprised by feelings of conflict, of friction with him. But I was surprised by a feeling of … unfamiliarity after having known him for so many years. I didn’t expect that I’d ever walk into a room and feel estranged from him. But I did.

Dessa is performing Saturday, September 21 at the House of Blues for Heavy and Light. It’s a combination of talks and music to help people dealing with depression suicide. Her new album Sound The Bells was recorded with the Minnesota Orchestra and will be released in November. Click below to hear a longer interview with Dessa.