Despite outcry, The Villages is one step closer to adding hundreds of apartments near homes 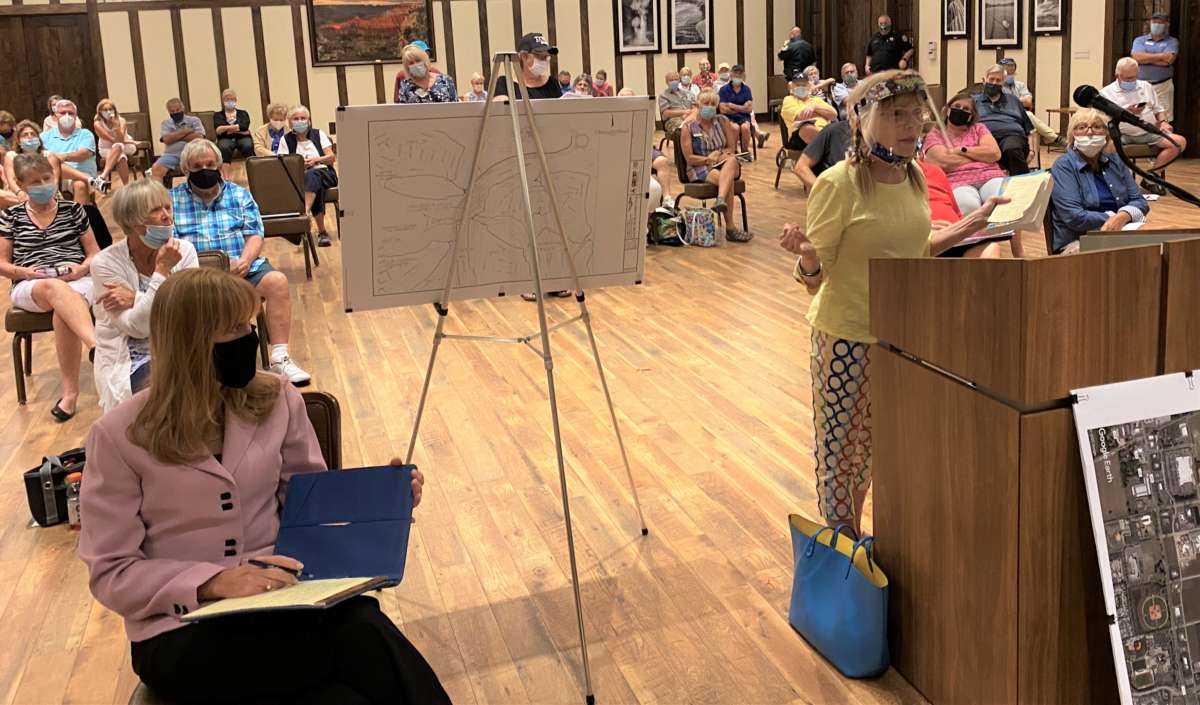 Villages resident Erin Kellett was among dozens who spoke in opposition to land-use changes allowing hundreds of new apartments in established areas of The Villages. Photo: Joe Byrnes

The Villages has cleared an obstacle to bringing hundreds of new apartments to established areas in its vast retirement community.

Sumter County’s special master — its alternative to a zoning board — approved the changes late Monday night before a rowdy overflow audience.

Dozens of residents opposed second-story apartments at the Lake Sumter Landing Town Square and a four-story apartment building where the Hacienda Hills Country Club once stood.

Traffic was an issue and property values and the fading promise of a country club lifestyle.

“They’ve now bulldozed the country club, filled in the swimming pool, knocked down the tiki huts, scraped up the tennis courts,” Fitzgerald said. “And they want to build high-density high-rise apartments in the middle of our established neighborhood.”

Villages Vice President Marty Dzuro said the age-restricted apartments won’t bring crime or children but “people like the residents in The Villages.”

“Since I started here 34 years ago to today, from the first generation to the ones we’re working with now, we’re continuing, we are continuing to make this the best place to live,” he said.

The residents spoke for hours, but in the end Broome said their testimony didn’t affect his decision.

The County Commission still has to vote on the changes.