DeSantis: When senior demand for Covid-19 vaccine drops, residents as young as 55 will be eligible 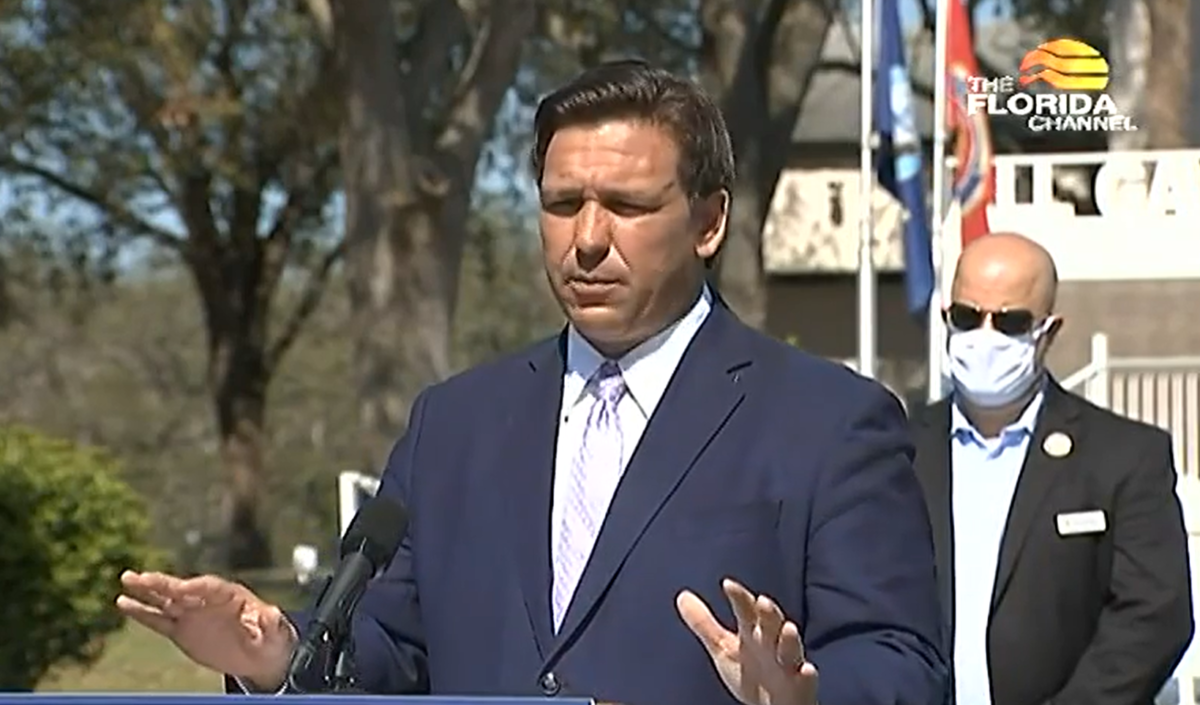 Gov. Ron DeSantis pointed out that the doses at FEMA sites opening next week will be in addition to the increasing supply provided to the state. Image: Florida Channel video

Gov. Ron DeSantis said Wednesday in Brooksville that the next step in expanding vaccinations could be offering it to residents as young as 55.

The governor anticipates a significant increase soon in the federal supply through Pfizer and also Johnson & Johnson, once the FDA approves its single-dose vaccine.

The Florida approach has put long-term care residents, health workers and seniors first. And nearly half the state’s 4.5 million seniors have received at least one dose.

FEMA is adding mass vaccination sites in Orlando and three other Florida cities. With the boost in supply, DeSantis says police officers and teachers 50 and up will be eligible.

He promised more details on that next week.

“And then once we get to the point of the senior population where we start to see the demand go down,” he added, “then we obviously are going to lower the age and get people at the minimum 60 and maybe even 55 right off the bat.”

The federal government continues to increase its weekly allocation to Florida. Next week, it’s up 30,000 to nearly 450,000 first doses.