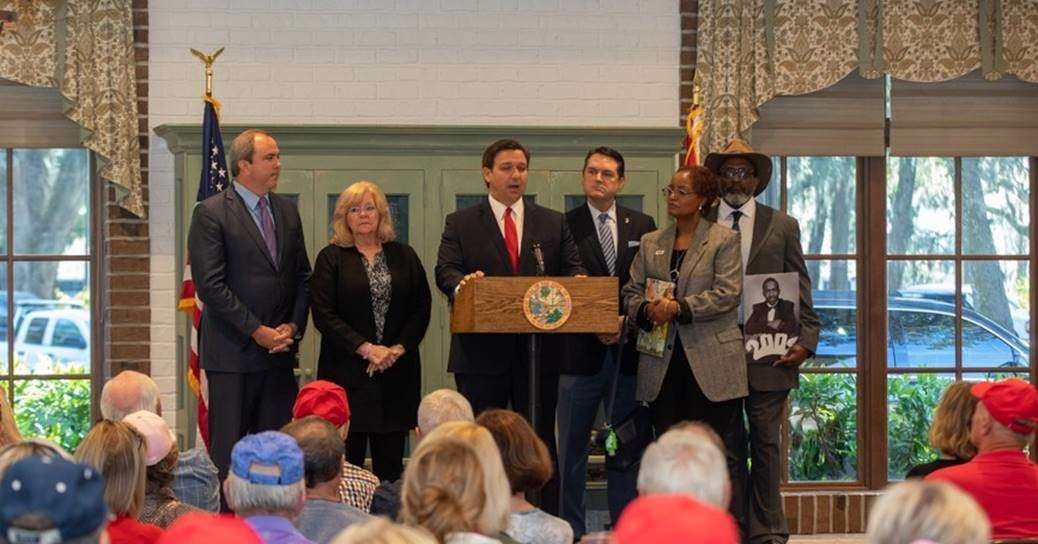 Gov. Ron DeSantis is calling on the Legislature to prohibit businesses from hiring undocumented immigrants.

DeSantis made the announcement Monday in The Villages.

DeSantis is calling on the Legislature to require businesses to use a federal web-based system called E-Verify to check employees’ immigration status.

He says Florida is the only state in the Southeast not using the system on a wide scale.

“I believe and I think the vast majority of people in our state believe that businesses should be hiring Americans, should be hiring legal immigrants but not hire illegal cheap foreign labor. And so that’s what E-Verify would do.”

The governor was flanked by two lawmakers who sponsored legislation approved this year banning so-called “sanctuary cities,” where policies protect the undocumented from deportation.

Some business leaders oppose the E-Verify system. They say the system is flawed and would cost businesses money and jobs, including the jobs of American citizens.