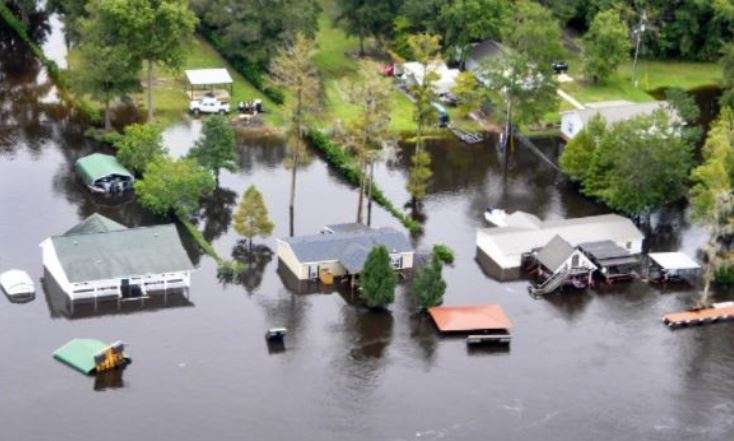 Gov. Ron DeSantis is asking state lawmakers to spend $270 million in the next three years to protect waterways, coastlines and reefs. (via U.S. Coast Guard/WUSF)

Gov. Ron DeSantis is asking state lawmakers to spend $270 million in the next three years to protect waterways, coastlines and reefs.

That money would be an incentive for local governments willing to match the funding, for nearly one-half billion dollars worth of investments.

“We have done a lot to support Florida water resources and we know infrastructure for clean and strong waterways is important,” DeSantis said during a Tuesday appearance in Oldsmar. “We also want to fortify infrastructure to make communities across Florida more resilient. We are a low-lying state, a storm-prone state, and a flood-prone state.”

Paul Owens is president of the smart-growth advocacy group 1,000 Friends of Florida. He says it isn’t nearly enough to address requests already made to the Department of Environmental Protection.

“The governor has proposed another $500 million for community resilience grants, which would match the funding in the budget for the current year,” Owens said. “To give you an idea of the demand for this funding, DEP has received $2.3 billion worth of proposals for this year’s $500 million allotment.”

About 90% of the projects are in South Florida, with a handful in the greater Tampa Bay region, including St. Petersburg, Oldsmar, Sarasota, Venice and Polk County.