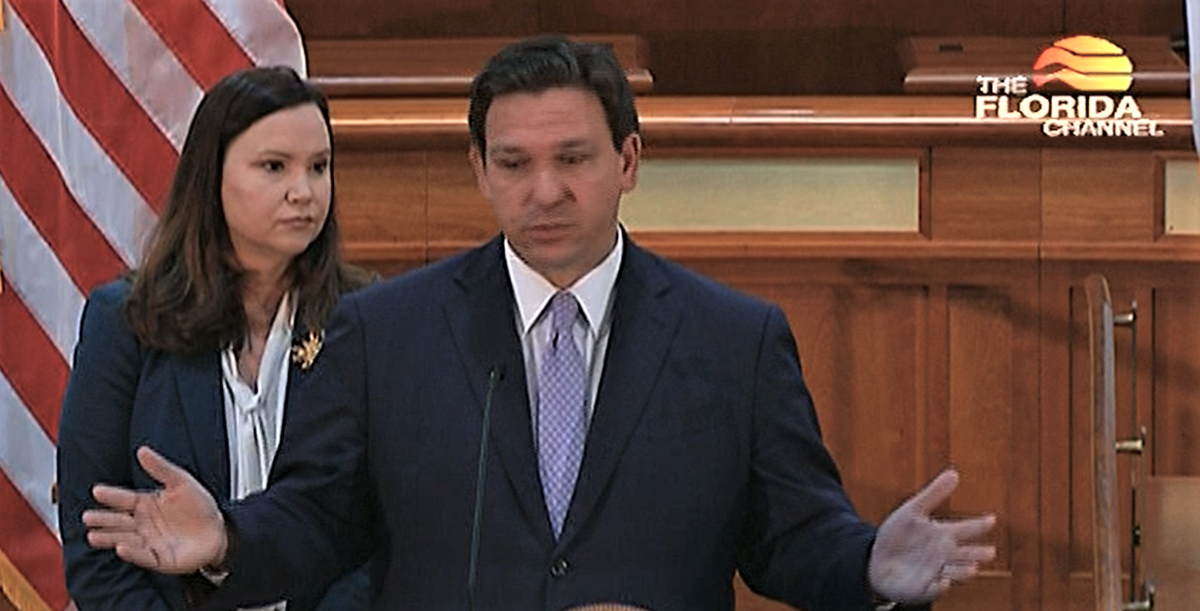 A special session is set for April the 19th through 22nd to draw a new map.

DeSantis had promised to veto the congressional map, which retained a majority Black district in North Florida.

The Florida Constitution says districts cannot be drawn to favor a party or deny minorities equal opportunity to elect representatives. Critics say DeSantis is trying to do both.

Lawsuits have already been filed challenging congressional redistricting in Florida and asking judges to intervene.

“In their, I guess, understandable zeal to try to, to try to comply with what they believe the Florida Constitution required,” DeSantis said at a press conference, “they forgot to make sure what they were doing complied with the 14th Amendment of the U.S. Constitution.”

U.S Rep. Al Lawson Jr., whose 5th Congressional District would be eliminated, says it’s “absurd” for the governor to cite a post-Civil War amendment aimed at remedying racial disparities in an effort to CREATE them.

DeSantis says lawmakers could also include other issues, like the property insurance crisis, as part of the special session.