DeSantis: Trump not trying to minimize COVID-19 by saying 99% of cases ‘totally harmless’ 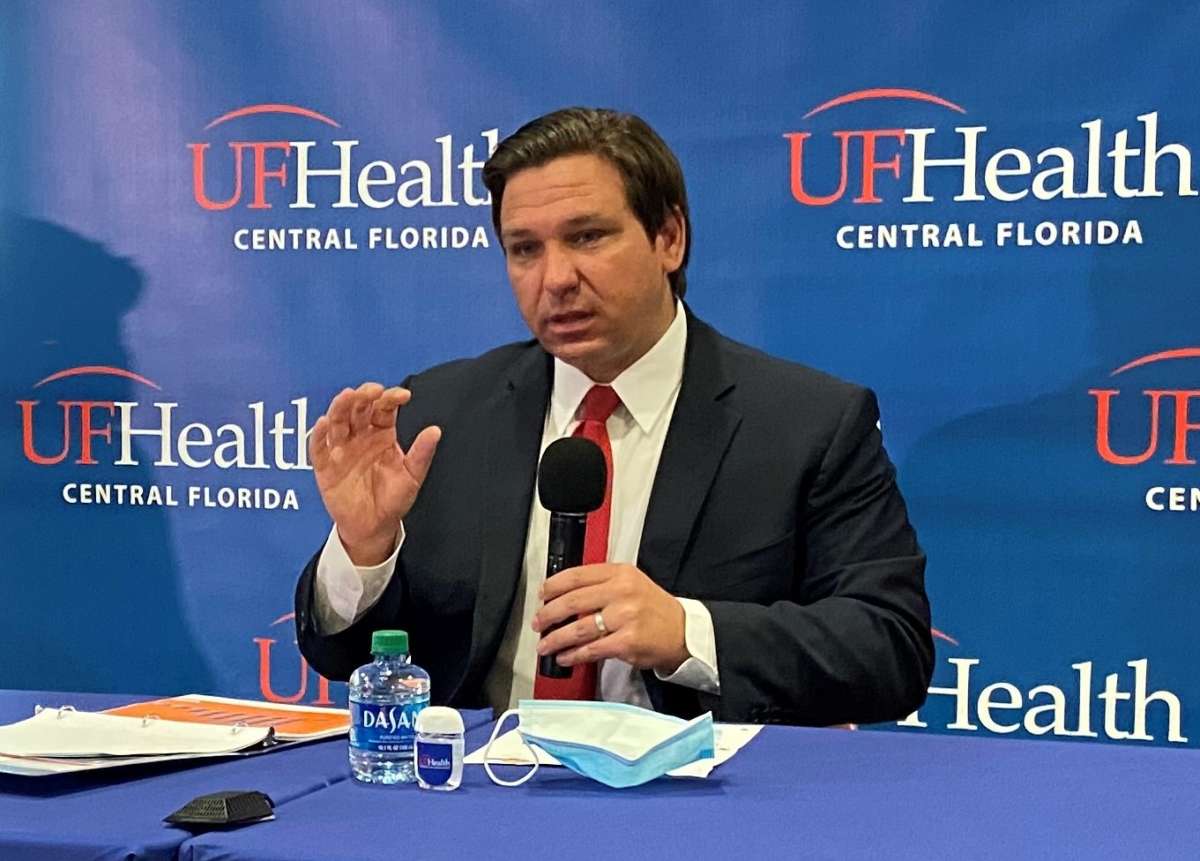 Florida Gov. Ron DeSantis said he doesn't think President Trump was trying to minimize the coronavirus when he said 99 percent of cases are "totally harmless." The governor said Florida has taken the virus seriously since the beginning. Photo: Joe Byrnes

Gov. Ron DeSantis said he doesn’t think President Trump was trying to minimize the pandemic when he said 99 percent of cases are “totally harmless.”

The Florida governor addressed that issue during a press conference in The Villages Monday.

Fact checkers have corrected the president’s assessment because — even though the overall infection fatality rate is estimated at under one percent — as many 20 percent of those infected have serious illness.

And, as DeSantis said, many of those are hospitalized.

“I’m not sure exactly what he meant,” DeSantis said. “You know, in Florida the case fatality rate is under 2 percent now, which is a lot lower than a lot of other states. Obviously, if you don’t die, some people have nasty illnesses and hospital stays. And we shouldn’t minimize that.”

DeSantis said most new cases in Florida are in young adults and just about all of them will be fine.

But some will pass the virus on to people who are older or have underlying conditions.

“We know who the folks (are) who are vulnerable, who need to be protected,” he said. “So it’s a very serious thing. And I don’t think he was trying to minimize it but, clearly, we viewed it as serious from the beginning in January when we were monitoring it.”

He said the state’s diagnostic testing is much better today than it was in March and April and the demand has increased.

But he believes antibody tests — which indicate whether you’ve already had the coronavirus — should be made widely available.

“The good thing about the antibody test: You get the result in 15 minutes,” he said. “The bad part is it’s a blood test. It’s not a swab. So some people would rather be swabbed than have the blood taken.”

A negative diagnostic test for COVID-19 is fleeting, DeSantis said, because you could catch it the next day. But the antibody test will give you “significant” information.

Doctors with UF Health in The Villages want to underscore that it’s safe to come to the hospital.

Dr. Jeremy Spry, medical director of the emergency department, said they had a 40 to 50 percent decrease in visits earlier in the pandemic and still are down about 10 percent.

“What happened to appendicitis? What happened to heart attacks? Where did they all go? It just doesn’t disappear,” he said. “So they are, they’re waiting, and when they come in they’re having issues with more significant congestive heart failure because they rode out their heart attack at the house. Or they’re laying on the floor for three days not wanting to come in and get help.”

People have avoided seeking help for fear of the coronavirus. And he said that leads to more severe health conditions and even death.

He wants to reassure the public that — with all the precautions in place — hospitals are very, very safe.