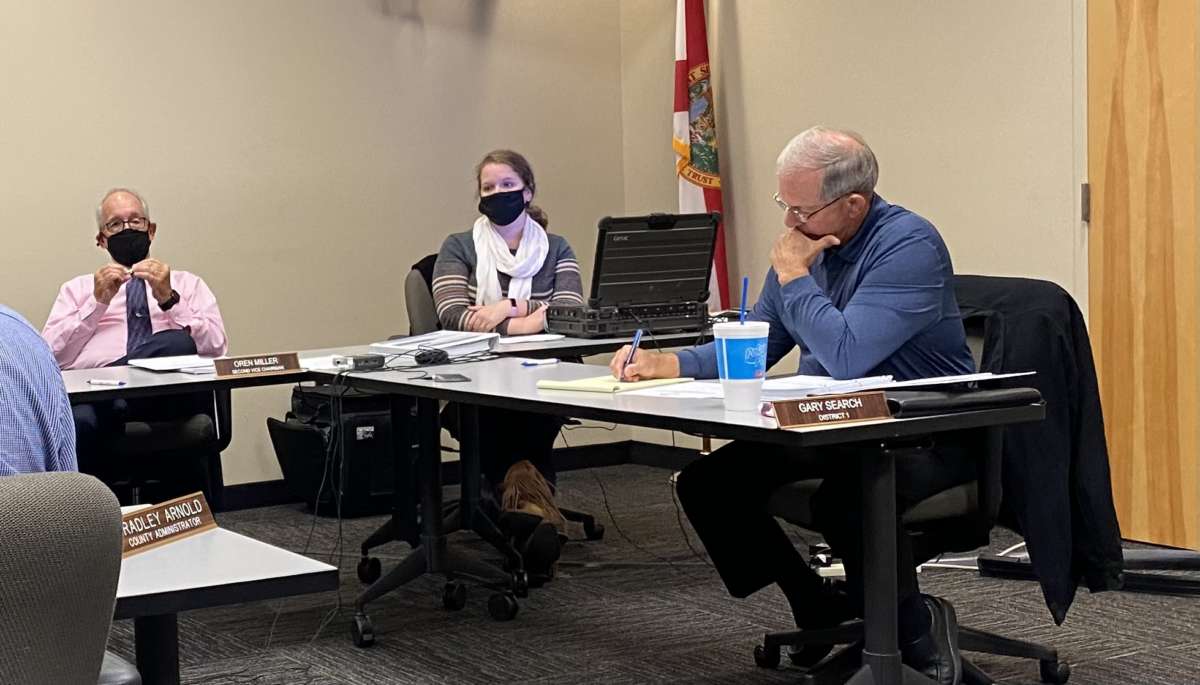 Sumter County commissioners Oren Miller and Gary Search have been suspended after being charged with perjury. Photo: Joe Byrnes/WMFE/File

The men, both 71-year-old residents of The Villages, were charged last month with committing perjury during an investigation into possible Sunshine Law violations.

Prosecutors accused them of lying under oath during a criminal investigation into complaints that they had communicated about county business outside of public meetings.

But when questioned, prosecutors say Search denied the cellphone calls and Miller claimed they had stopped months before they actually did.

Both men have pleaded not guilty.