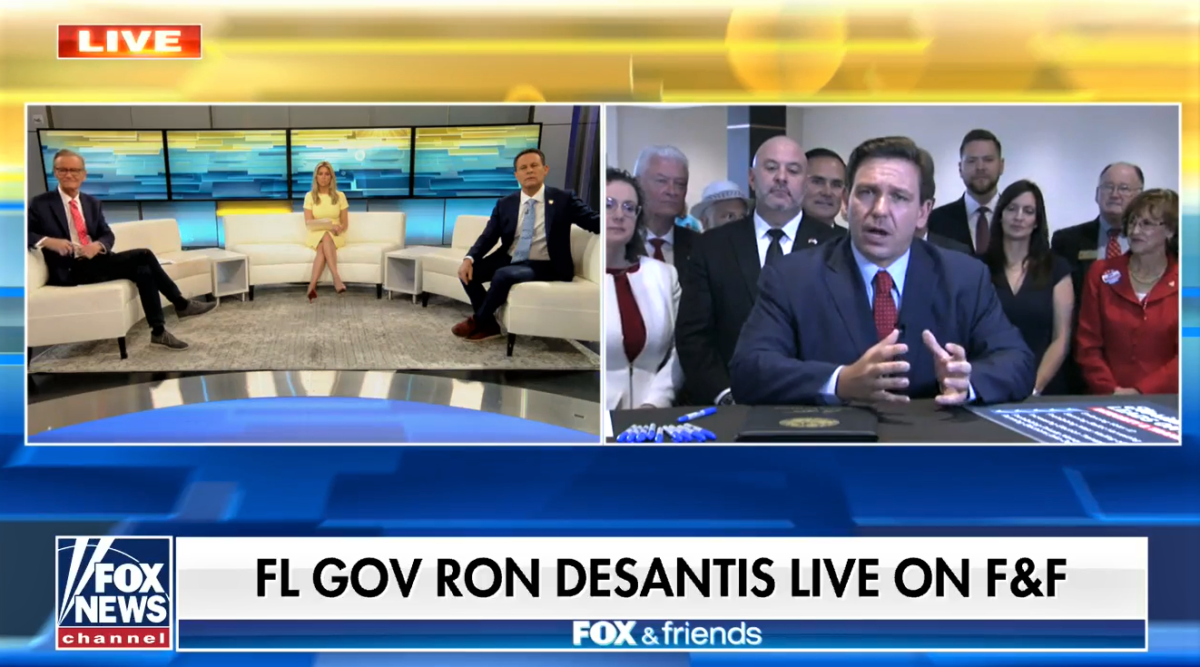 Afterward, the only Florida Democrat elected to statewide office labeled him a “dictator” and said she plans to back a lawsuit against the new law.

DeSantis says the law means votes will be cast with “integrity and transparency.”

It passed even though GOP leaders, including Senate sponsor Dennis Baxley of Ocala, say Florida’s last election was a model for the country.

The League of Women Voters and others promptly filed a federal suit. They say the law is crafted “to make it more difficult for certain types of voters to participate.”

Secretary of Agriculture Nikki Fried says DeSantis held the signing in Palm Beach County near his “master at Mar-a-Lago.”

“We are no longer a free state,” she said at a press conference. “This governor has infringed upon our rights once again.”