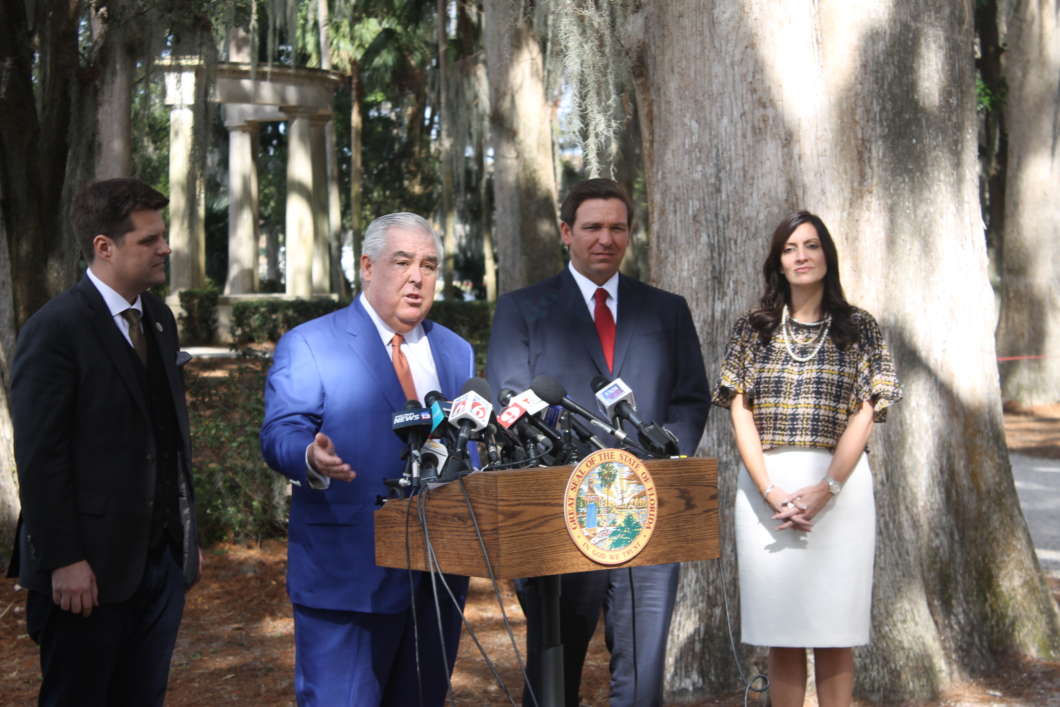 More than 70 percent of Florida voters approved medical marijuana in 2016, but the state’s application of the amendment has been controversial.

“It’s been two-plus years since [Amendment 2 was passed], and implementation of that has been sort of mired by lawsuits —I think at this point there are 19 lawsuits dealing with how the Florida Legislature and the Department of Health have implemented Amendment 2,” Aboraya said.

Morgan, a long-time advocate for medical marijuana, has filed a lawsuit arguing that smoking medical marijuana should be allowed under Amendment 2. Morgan said the amendment prohibited only the smoking of marijuana in public.

“It’s important because that’s what the people voted on. It’s also important because [smoking medical marijuana] is, in many cases, the most effective delivery system for immediate relief. There’s all sorts of ways to take medicine, but there’s better ways, and for many people, the best way is smoke,” Morgan said.

In 2014, Rotundo sued the state on behalf of the Medical Cannabis Association. He said that while at first he believed the Department of Health had “misspoke in their execution of the law,” he now believes the state has played a deliberate role in obstructing the path to legalizing medical marijuana use.

“The Department of Health has consistently throughout this process been more of an impediment on the process than a help,” Rotundo said.

Florida Agriculture Commissioner Nikki Fried told 90.7 she plans to appoint a director of cannabis to work on the medical marijuana components already overlooked by the Department of Agriculture and ensure that there is a conduit between the government and patients.

Fried said she continues to believe that the hemp and cannabis growing industry is “the new face of agriculture” in Florida that will bring more jobs to the state.

“I do think that we have an opportunity here, if we do this right, for cannabis and industrial hemp and hemp for personal usage to really be something that’s going to transform our agriculture industry and really transform our economy,” Fried said.