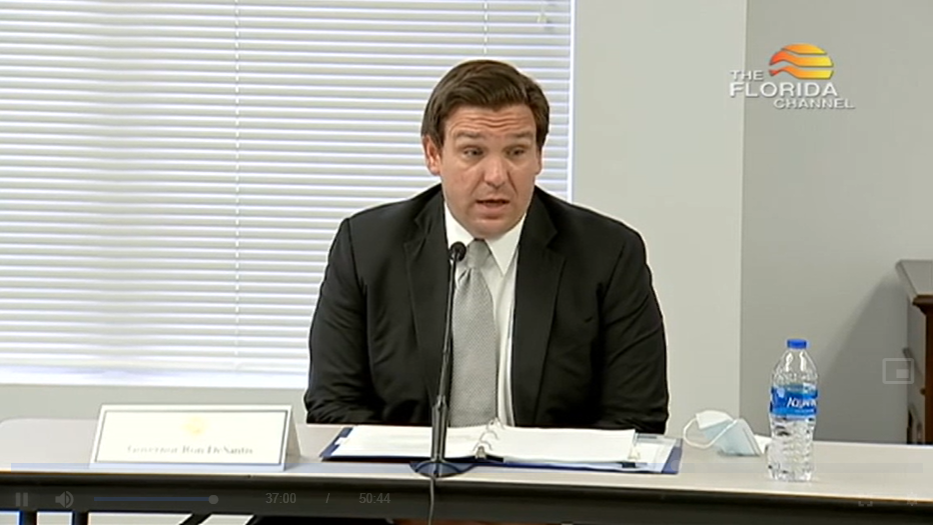 In keeping with President Donald Trump’s reelection campaign’s focus on being the “party of law and order,” Gov. Ron DeSantis is proposing legislation that stiffens penalties for violence at protests.

Dubbed the “Combating Violence, Disorder and Looting and Law Enforcement Protection Act,” the measure would create a 6-month mandatory minimum jail sentence for anyone who strikes an officer.

It also makes it a felony to obstruct a roadway or deface monuments as part of a “violent or disorderly assembly.

“I think we need to do more in terms of having a strong legislative response, so that we do not always have to play “whack a mole” any time you have situations like this develop. So, I’m proud today to be able to announce what will be a focal point of the next legislative session.”

Meanwhile organizations like the ACLU of Florida are sounding off, its director writing in a statement the measure would: “silence, criminalize, and penalize Floridians who want to see justice for Black lives lost to racialized violence”