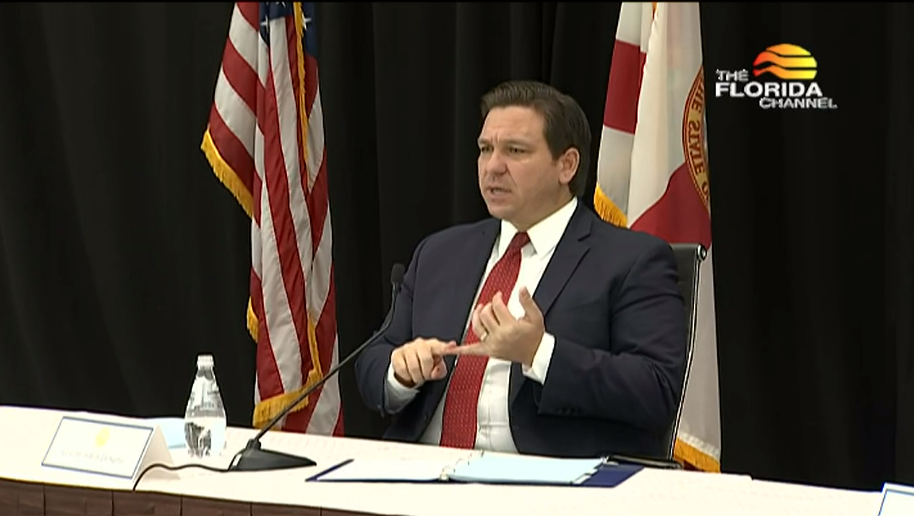 Florida Gov. Ron DeSantis wants the legislature to work on his plan to crack down on what he calls “violent protests.” DeSantis calls the plan the Combating Violence, Disorder and Looting & Law Enforcement Protection Act.

But another elected official thinks lawmakers should have another focus when they return to Tallahassee in November.

In order for lawmakers to vote on DeSantis’ proposal either he or the incoming House and Senate leaders will have to call a special session. DeSantis says he has reached out to incoming Senate President Wilton Simpson:

“I mentioned to both President Simpson and the incoming speaker that look you guys are going to be here for the organizational session. It’s going to have broad support I think certainly from the Republican caucuses in both chambers. You know it maybe something you need to act.”

DeSantis made his remarks Tuesday after a state cabinet meeting. Also at the meeting: one of his biggest critics, and fellow cabinet member, Agriculture Commissioner Nikki Fried.

She’s not opposed to a special session, but says this isn’t the issue lawmakers should be taking up:

“I mean as we know we are still dealing with COVID-19, we’re still having a healthcare issue, an education issue. A $5.4-billion-dollar revenue short fall for the next two years.”