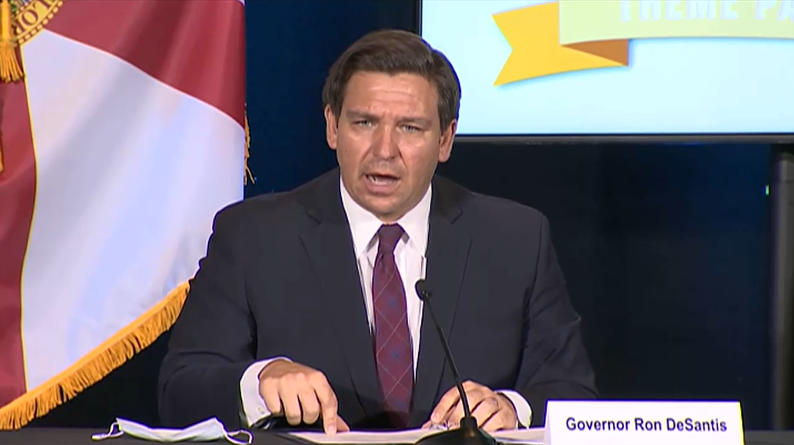 With Agriculture Commissioner Nikki Fried calling for a coordinated response by statewide elected officials to the coronavirus pandemic, Gov. Ron DeSantis on Tuesday defended the actions of agencies under his control.

The governor’s comments came following a Cabinet meeting that marked the first time since February 4th that the four statewide elected officials gathered in person.

Fried, the lone statewide elected Democrat, has repeatedly called for Cabinet meetings and more coordination amid the pandemic.

DeSantis says that Florida Chief Financial Officer Jimmy Patronis and Attorney General Ashley Moody, who along with Fried make up the state Cabinet, have been able to get information from agencies when needed during the difficult times.

“There are just a lot of things that are not necessarily under the Cabinet’s purview. At the same time, I know Jimmy and Ashley have talked about that they meet with whoever they want to meet with. They’ve obviously been able to do that. So, I think people have worked very hard during these many, many months.”

DeSantis and the Cabinet also held a conference call on May 28th.

Fried didn’t bring up the coordination issue during Tuesday’s meeting, which lasted about 90 minutes and mostly stuck to items on a lengthy agenda.