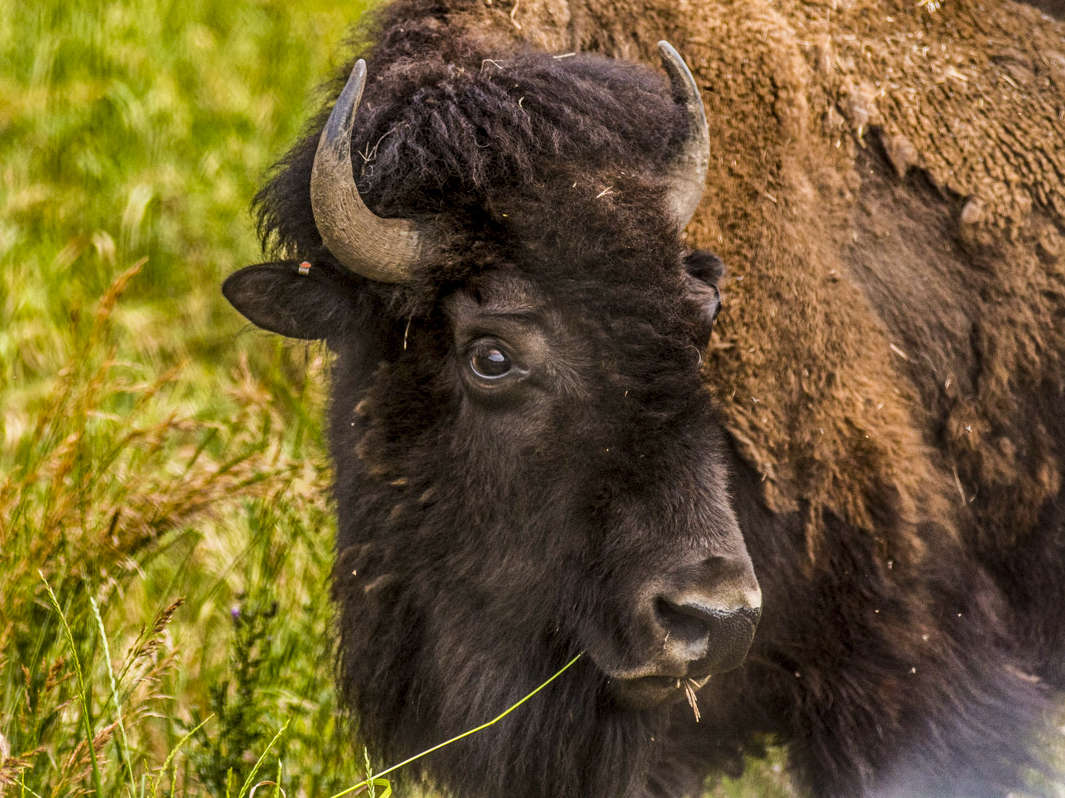 Denver typically auctions off its excess bison to avoid overgrazing, but there was still an excess after this year's auction. So, the city decided to return bison to their native habitats on tribal land.
Image credit: Evan Semón

Fourteen American bison headed to their new homes on native land this month. Indigenous tribes received the bison from Denver Parks and Recreation as a form of reparations, the first gift in a 10-year ordinance to donate surplus bison that will also go toward tribal conservation efforts.

The bison came from the department’s two conservation herds that descended from a handful of historic Yellowstone bison. Denver typically auctions off its surplus bison to avoid overgrazing, but there was still an excess after this year’s auction in March.

“We just decided we couldn’t have another auction,” says Scott Gilmore, DPR’s deputy executive director. “We could have, but that wasn’t something we really wanted to do.”

Instead, the city decided to return bison to their native habitats — the culmination of what Gilmore says involved 10 years of talks and trust-building with tribal partners who have long advocated for bison restoration.

“It just really made a lot of sense to possibly look and see how we could work with other tribes to maybe donate bison to the establishment of these herds that are starting all over the place,” he says.

Thirteen bison went to the Cheyenne and Arapaho Tribes in Oklahoma and one went to the Tall Bull Memorial Council in Colorado. All 14 were adult females.

“Probably half of the bison that we donated were pregnant,” Gilmore says. “So, not only did the Cheyenne Arapaho tribe in Oklahoma get 13 bison, they will have, six or seven calves, probably in the next three or four weeks.”

City officials say the gift is a form of reparations for the mass slaughter of bison across Native American prairies and grasslands in the late 1800s.

White explorers, professional hunters and frontiersmen like Kit Carson killed bison for sport and as a starvation tactic. A population of 30 million American bison was whittled down to about 1,000 by the turn of the 20th century.

“You can see pictures of bison skulls, just stacks and stacks of bison skulls, people sitting on them,” Gilmore says. “Bison were killed off to actually negatively impact the tribes on the Great Plains. You remove their food source, and then basically you’ve taken away a way that they sustain themselves.”

Since then, tribes have worked to regrow their own populations, as well as their bison herds.

“It just demonstrates the resiliency of both the American Indian and the bison animal itself,” says Nathan Hart, executive director of the Cheyenne and Arapaho Tribes’ business department.

Hart oversees the tribes’ record-high number of 530 bison. He says this addition will help the tribes achieve food sovereignty, improve the herd’s genetic diversity and move toward a goal of sustaining a herd of 800 bison.

“Everybody’s really excited to grow the herd with this addition,” Hart says. “The bison was very significant to our well-being in the past — we have still have a lot of respect for the animal.”

Although this gift has fostered a relationship with Denver’s government, Hart says the focus should stay on the bison.

“We’re developing these relationships because of the bison,” he says. “That’s what brought us together … it all came from the bison themselves.”