Democrats Won The Suburbs. Now They Have To Hold Them 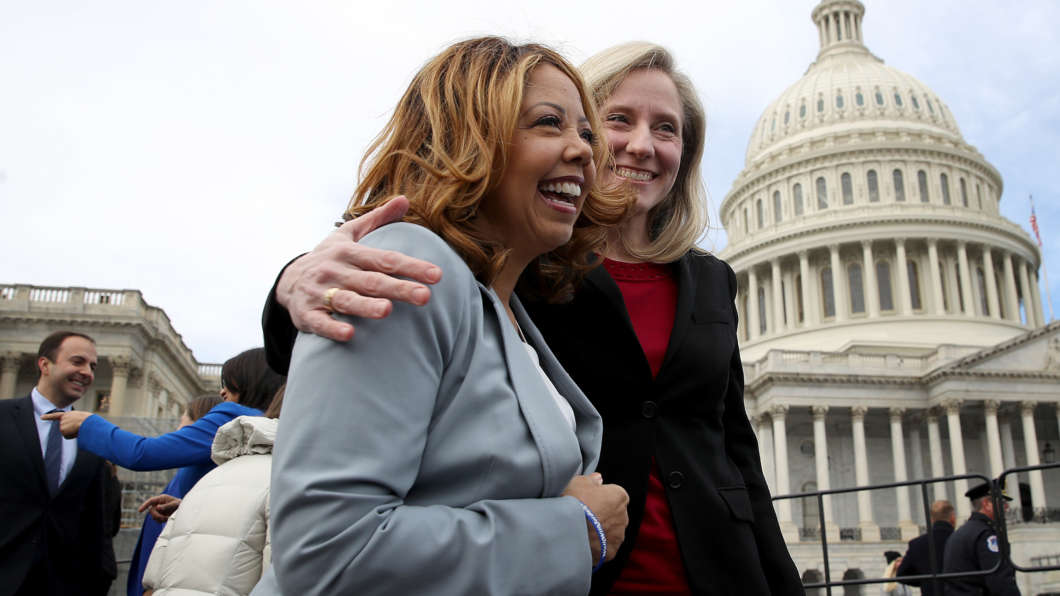 Jon Ossoff knows better than most how big of a victory that is. He also knows it will be a battle for Democrats to hold this suburban Atlanta seat.

“I think for years to come it’ll be a fight,” he said. Ossoff was the Democratic candidate in the district’s special election in 2017, after former GOP Rep. Tom Price vacated the seat to serve as secretary of Health and Human Services. That race was widely seen as the first referendum on Trump, and as a result became the most expensive House race ever. Republican Karen Handel ultimately won by nearly 4 points.

Before that, the district in recent elections routinely elected Republicans by more than 20 points, up to more than 30 points.

Now that McBath has defeated Handel, Ossoff is optimistic about his party’s chances here.

“I believe that [McBath] will have a robust presence in the district,” he said. “So I think that it will be a tough re-elect, but I think she’ll win.”

Democrats gained nearly 40 House seats this year, and suburban districts like this one accounted for the majority of those pickups, according to FiveThirtyEight.

And Ossoff is not alone in thinking these seats will be hard-fought in 2020.

“Those are going to be the first districts that Republicans pursue in their in their bid to win the majority,” said David Wasserman, political analyst at the Cook Political Report.

That said, a few factors could work in Democrats’ favor. Demographics is a big one.

“Those districts could be much better for Democrats two years from now than they are today because so many young professionals and non-white voters are moving in,” Wasserman said. “And the old Republican base in those districts is, for lack of a better term, dying out.”

Georgia’s 6th District, for example, is rapidly becoming more diverse. In the run-up to the 2012 election, the district was nearly 72 percent white. Today, it’s around 60 percent white.

And for McBath, an African-American, one big focus was energizing non-white voters. Rep. Terri Sewell, D-Ala., campaigned for her and saw this as one strength.

“I think that Lucy was really effective in engaging communities that were not — that had not been engaged before. You know, women voters as well as minority voters,” Sewell said. “She really concentrated on that, and that really made a difference.”

Race is just one demographic challenge Republicans face. For years, Democrats have steadily been doing better with college educated voters, who are concentrated in many suburbs. Georgia’s 6th District is also a prime example of this, as one of the most-educated congressional districts in the nation.

There’s something else that’s harder to measure: Democrats here talk about how they hid their beliefs before 2016. But during that special election in 2017, they found each other, and now they’ve banded together. Local activists hope that kind of infrastructure-building will have a lasting impact.

“A lot of people didn’t have it on their radar that they could be this involved in the process,” said Jen Cox, founder of the local women’s activist group Pave It Blue. “And now there’s no turning back from that. They’ve switched out their social life for their activist life.”

Republicans certainly don’t all see lasting defeat in the suburbs.

The seat McBath just won, for example, is a long-time GOP stronghold — Republicans have held it since Newt Gingrich won in 1978. Until recently, the GOP routinely won this seat by huge margins.

These districts still have plenty of conservatives around to put up a fight in the future. In short, this year’s midterms don’t mean Democrats will have an easy path in these districts.

Jesse Hunt, spokesman for the National Republican Congressional Committee, says he’s bullish on the GOP’s future. But he acknowledges the party has work to do on how to appeal to more suburban voters.

“Those are the conversations that we’re going to have among party leaders, grassroots activists over the next couple of months as we now begin to mount our comeback,” he said.

“We heard very little, politically speaking, of how great the economy is. We heard very little about how the tax cuts are working,” he said. “We misplaced those pocketbook issues that really are what voters in the suburbs, in more urban areas care about most.”

That message was lost, he said, in some of the president’s rhetoric.

“I think if Donald Trump had really focused the message more so on the successes of the administration, I think it may have been a different story,” he said. “But what was focused on at the end of the day was immigration, which appeals to the base.”

Georgia does have plenty of Trump fans — he won the state in 2016 and easily won his party’s primary that year.

But Marco Rubio won the counties that make up the 6th District during the 2016 GOP primary. Michael Williams, head of the Cobb County Young Republicans, says it’s important to confront that moving forward.

But for all the strategizing people like Williams do on the local level, national trends can dominate. For example, in a midterm year like 2018, the president’s party tends to fare poorly.

“We can knock our knuckles raw on doors. We can be making thousands and thousands of phone calls,” Williams said. “And then stuff that happens in D.C. at the national level filters down and affects what happens around here. There’s nothing we can really do about it. So 2020 is going to be a whole different ballgame.”