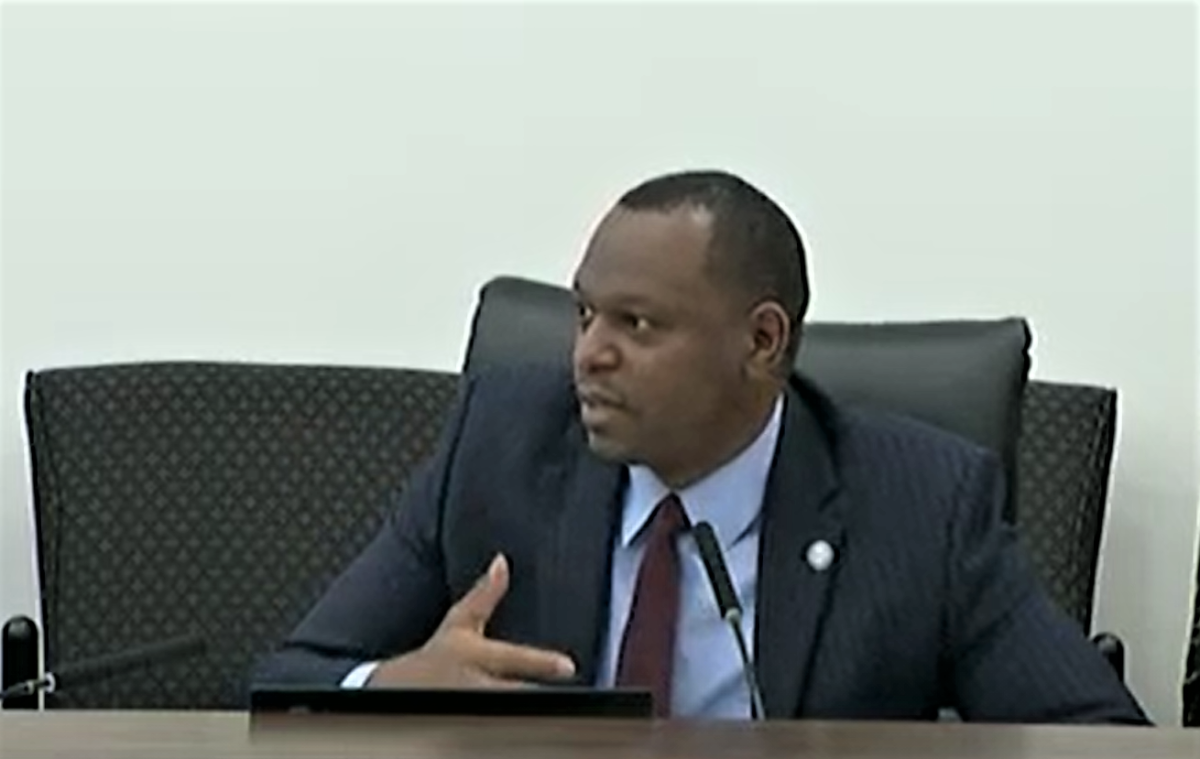 Orlando Senator Randolph Bracy says those behind a restrictive voting bill are "drunk on power." Image: The Florida Channel

State Sen. Dennis Baxley amended his controversial elections bill – SB 90 – on Wednesday at a meeting of the Rules Committee.

It allows drop boxes now at some locations for limited hours and requires a pen-to-paper signature — a so-called “wet” signature — for voter verification. It also outlaws giving anything — including food or water — to people within 150 feet of a polling place.

The Ocala Republican presents the bill — which also restricts vote-by-mail requests — as a way to secure the ballot and build voter confidence following a successful election in 2020.

But his Democratic peers see yet another historic moment in Florida’s dark history of voter suppression.

Orlando Senator Randolph Bracy focuses on the wet signature requirement. He says it would eliminate millions of voters who registered while getting their license.

“I can’t even believe that we’re doing this,” he said during the meeting. “I mean, this is actually being documented. We have cameras here. Like, they’re going to report that this is what you’re doing. And Senator Baxley didn’t even bat an eye.”

In the end, the committee ran out of time and will take up the bill again later this week or next.