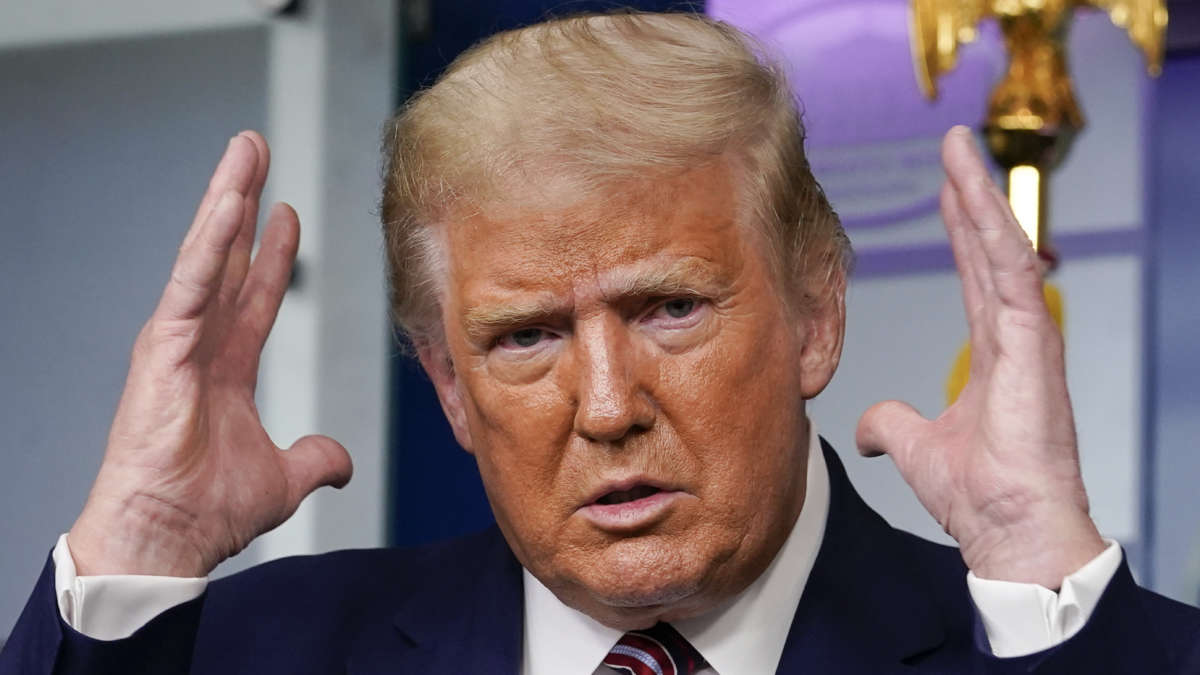 A New York Times story that purports to detail how little President Trump has paid in income taxes has handed Democrats what they hope will be a potent campaign message.
Image credit: Carolyn Kaster

Democrats have wasted little time responding to The New York Times’ bombshell that President Trump paid just $750 in federal income taxes in 2016 and 2017.

“The New York Times reporting provides a window into the extraordinary measures that President Trump has used to game the tax code and avoid paying his fair share of taxes, while hard working Americans are,” House Speaker Nancy Pelosi, D-Calif., said in a statement.

“It is a sign of President Trump’s disdain for America’s working families that he has spent years abusing the tax code while passing a GOP Tax Scam for the rich that gives 83% of the benefits to the wealthiest 1%,” she added.

And Rep. Alexandria Ocasio-Cortez, D-N.Y., tweeted that she “paid thousands of dollars a year in taxes *as a bartender*”, and said Trump “contributed less to funding our communities than waitresses & undocumented immigrants.”

The report adds a new element into what has been a remarkably stable presidential race according to polling, which has consistently shown Democratic nominee Joe Biden with a national lead approaching double digits over Trump.

The Biden campaign was also quick to jump on the story, releasing a video ad on Twitter, comparing what it said were average taxes paid by teachers, firefighters and nurses, all substantially more than $750.