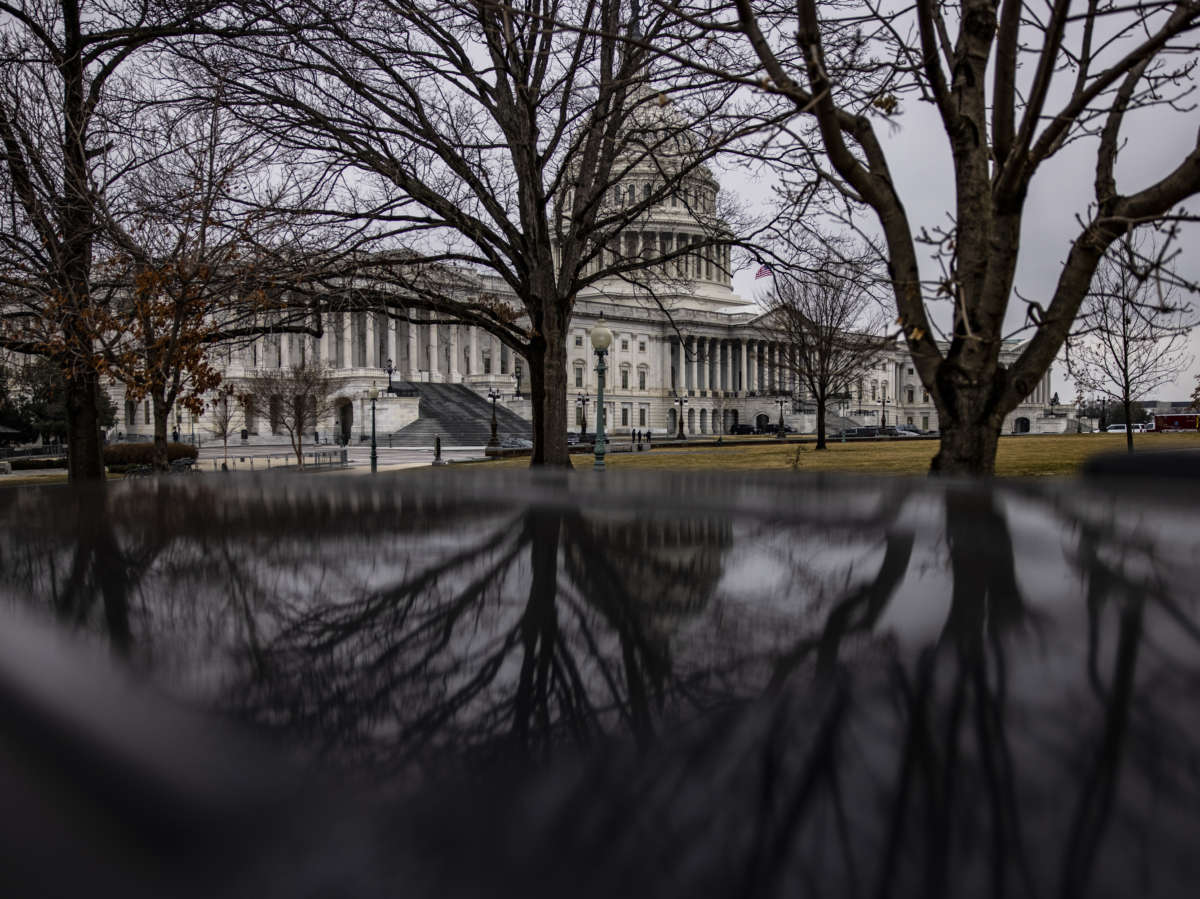 The first three days of the Senate impeachment trial of former President Donald Trump went about as well as they could have for Democratic House impeachment managers.

The managers were methodical and organized in showing, as they called it, Trump’s “provocation,” which they argued led to the Jan. 6 attack on the Capitol, as well as the “harm” it caused.

They used emotional — and never-before-seen — video that shocked even some of the sitting senators. They were unaware and disturbed to see just how close they were that day to the rioters, who could be heard on tape hunting down lawmakers by name.

Democrats also broadened the scope of Trump’s culpability beyond his speech outside the White House Jan. 6, which was followed by the violence at the Capitol.

They pointed out that, yes, Trump said to “fight like hell” — something Republicans and Trump’s lawyers have also teed up to show similar language Democratic lawmakers have used in the past. But the impeachment managers also made a case that showed Trump laid the groundwork for this going back years.

They showed video clip after video clip, tweet after tweet, of Trump peddling false claims of a “rigged” or “stolen” election months before anyone had even voted.

They went back further Thursday — to his presidential campaign in 2015 to remind of Trump’s embracing, encouraging and sanctioning violence, in his own words.

“Kick the crap out of them.”

“Knock the crap out of them.”

“I promise you I will pay for the legal fees.”

He praised his supporters for punching a protester who attempted to disrupt one of his rallies and encouraged them to — literally — hit back: “I thought it was very, very appropriate, and the audience hit back, and that’s what we need a little bit more of.”

The impeachment managers on Thursday also wanted to drive home that the rioters were inspired by Trump and continue to listen to him, which makes it all the more necessary, in their view, to ban him from ever being able to hold public office again.

“We are not here to punish Donald Trump,” Manager Diana DeGette, a congresswoman from Colorado, said. “We are here to prevent the seeds of hatred that he planted from bearing any more fruit. This must be our wakeup call. We must condemn it, because the threat is not over.”

Manager Ted Lieu of California also warned of the potential for future violence. “You know, I’m not afraid of Donald Trump running again in four years,” he said. “I’m afraid he’s going to run again and lose. Because he can do this again.”

It was also notable that throughout their arguments, the impeachment managers tried not to antagonize Republican senators, who happen to make up 50 of the 100 jurors in this case.

That was evident at the beginning of Day 2. Trump lawyer Bruce Castor was criticized for his rambling performance and word was that the president was not happy with his defense team.

“Some people think this trial is a contest of lawyers or, even worse, a competition between political parties,” said Raskin, who spoke emotionally the day before of his experience on Jan. 6. “It’s neither. It’s a moment of truth for America.”

But on Friday, it’s the Trump team’s turn. And you can expect that their arguments won’t be about convincing the other side; it will be about buttoning up their own.

“I think it’s the political weaponization of it,” he continued. “I think by hiring a movie company to make a film and a law firm to make a film as an entertainment piece is horrific, frankly. I think playing over and over again what happened to the Capitol when everyone has condemned what happened, the criminals who did that.”

In order to convict someone for impeachment, there needs to be two-thirds of the Senate or 67 votes. That would mean 17 Republicans would need to join Democrats to convict Trump.

At this point, there are maybe half a dozen who could vote with the Democrats, so Trump’s side just needs to persuade the rest to hold the line.

There’s a tried and true way to do that for Republicans — and it’s not through a unity message, but angry, finger-wagging whataboutism intended to appeal to deep-seated Republican resentments toward Democrats.

It worked for now-Justice Brett Kavanaugh during his Supreme Court confirmation hearing. It solidified enough Republicans for him to squeak through, and there’s plenty of evidence that there will be a healthy dose of it Friday when Trump’s lawyers make what’s expected to be a fairly short case.

Conservatives, including those aligned with the former president, have been tweeting out Democrats using the word “fight” and calling them hypocrites.

The Trump lawyers’ 78-page brief points fingers at specific Democrats and their language around the protests over racial justice last summer.

None of that, of course, has anything to do with Trump’s culpability in this case, but his team is banking on it being enough to keep Republican senators — and the Trump base — in line. And that’s why it’s already being amplified in conservative media.

You can expect Trump’s lawyers to also say Democrats cherry-picked President Trump’s comments on Jan. 6 and that even though they mentioned it, they didn’t play video of Trump saying to march “peacefully.”

And they will say he has a First Amendment right to say what he’s been saying. Impeachment proceedings, though, are a political process used to judge whether an official has upheld their oath.

Schoen said he expects to use just three or four hours of his allowed 16 hours to mount a defense.

And why not? They believe the cake is baked. After Democrats rested their case, Trump’s legal team met for 70 minutes behind closed doors with Republican Sens. Lindsey Graham, R-S.C., Ted Cruz, R-Texas, and Mike Lee, R-Utah.

“See you tomorrow” is all Graham said while briskly walking out of the meeting.

Regardless of the merits, Trump’s defense will likely argue that this whole thing is unconstitutional, anyway, so what’s the point?

All but a handful of Republicans appear to agree with that, as 44 of them voted before the trial began to say that it’s unconstitutional to try a president for impeachment once he’s out of office.

One Republican who had voted before the trial to say that it was unconstitutional, but switched his vote, was Louisiana Sen. Bill Cassidy. Cassidy said Thursday that Trump’s team has lots of questions to answer.

“There are a few things that they [the impeachment managers] laid out with great care,” Cassidy said, noting charges that Trump knew what was happening in the Capitol, as lawmakers were being evacuated and instead “the president was calling to try and get more senators to decertify the election. Now, presumably, since we were at that point, being evacuated, I think … that there was some awareness of the events. And so what I hope the defense does is explain that.”

Cassidy also raised Trump’s continued false claims of election fraud, saying too many of his own constituents believe incorrectly that the election was stolen.

“The president built that story,” Cassidy said. “So how do you defend that?”

And despite many other Republicans paying close attention and appearing to be moved by the video and the case the impeachment managers made, they have given no indication they are movable.

The case made, though, goes beyond whether Trump is convicted — it is for history. Watergate has become synonymous with scandal. It rewrote many of the rules of modern politics.

The insurrection of Jan. 6 was far worse. Because of the president’s role in all of it, this trial may very well shape the next chapter in American politics, for what the country becomes and how it decides to govern its politics.

It might happen in ways not yet foreseeable — despite the likelihood that Trump will be acquitted.