Democrats Have Called for a Special Session on Gun Violence, But Governor Ron DeSantis says it’s not Going to Happen 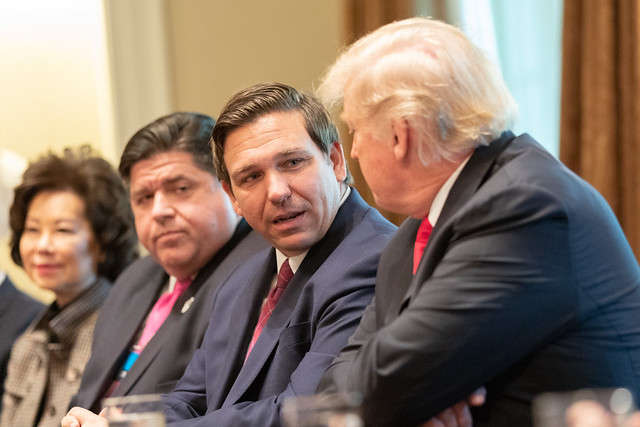 Democrats have been calling for the legislature to reconvene since Tuesday.

But DeSantis says he wants the legislature to focus on funding improved threat assessment.

“When you’re taking these warning signs seriously and then you have a system in place that could have the necessary interventions, you’re in a situation where you could potentially stop some really dangerous people.”

He says the state already has safety measures in place in the form of red flag laws that can temporarily take a person’s weapon away if they’re a threat to themselves or others.

“If you look at that Stoneman Douglas Report. They surveyed a lot of these incidences over the last ten twenty years. And the vast, vast majority were not just out of the blue. These were people that…obviously in Parkland everyone knew this guy was a problem.”

Senate President Bill Galvano, a Republican from Bradenton, says a special session would be too limiting for a comprehensive review of the state’s gun laws.

Democrats in the House have called on the legislature to reconvene to discuss gun regulations like stricter background checks after shootings in El Paso and Dayton killed more than 30 people within 24 hours.