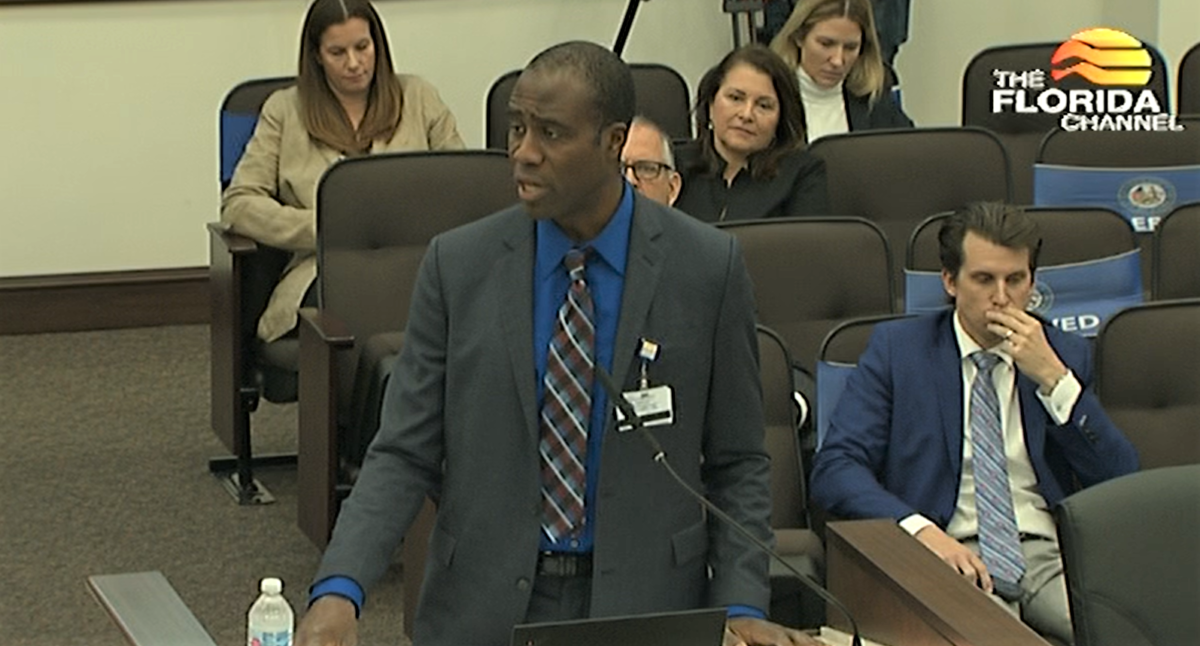 But that vote came only after Democratic senators walked out in protest.

The Democratic senators were frustrated by Ladapo’s long-winded and sometimes nonresponsive answers.

After repeated questions from Sen. Lauren Book, a Broward County Democrat, Ladapo still wouldn’t say if he regretted refusing to mask up when meeting a senator with cancer.

“I am asking a very simple question,” she said. “You disrespected a member of this Senate and the Senate as a whole. And I am asking you, do you regret the way you treated our colleague?”

Ladapo would not answer yes or no on whether vaccines work against COVID-19 but in the end acknowledged their effectiveness against hospitalization and death.

On whether masks help slow the spread, Ladapo found little evidence in “randomized controlled trials,” ignoring numerous studies cited by the CDC showing they do work.

His department suspended the Orange County health officer, Dr. Raul Pino, after Pino sent an email encouraging his staff members to get vaccinated.

Sen. Shevrin Jones, a Democrat from West Park in South Florida, asked him about that.

Ladapo said there’s an active inquiry by the Department of Health’s inspector general that will run its course.

“That particular physician was absolutely not placed on administrative leave for any reasons that were potentially political or related to anything other than the policies that we have at the Department of Health,” he testified.

The full Senate must vote on whether to confirm Ladapo, who was nominated by Gov. Ron DeSantis in September. Ladapo has been serving in an acting capacity.