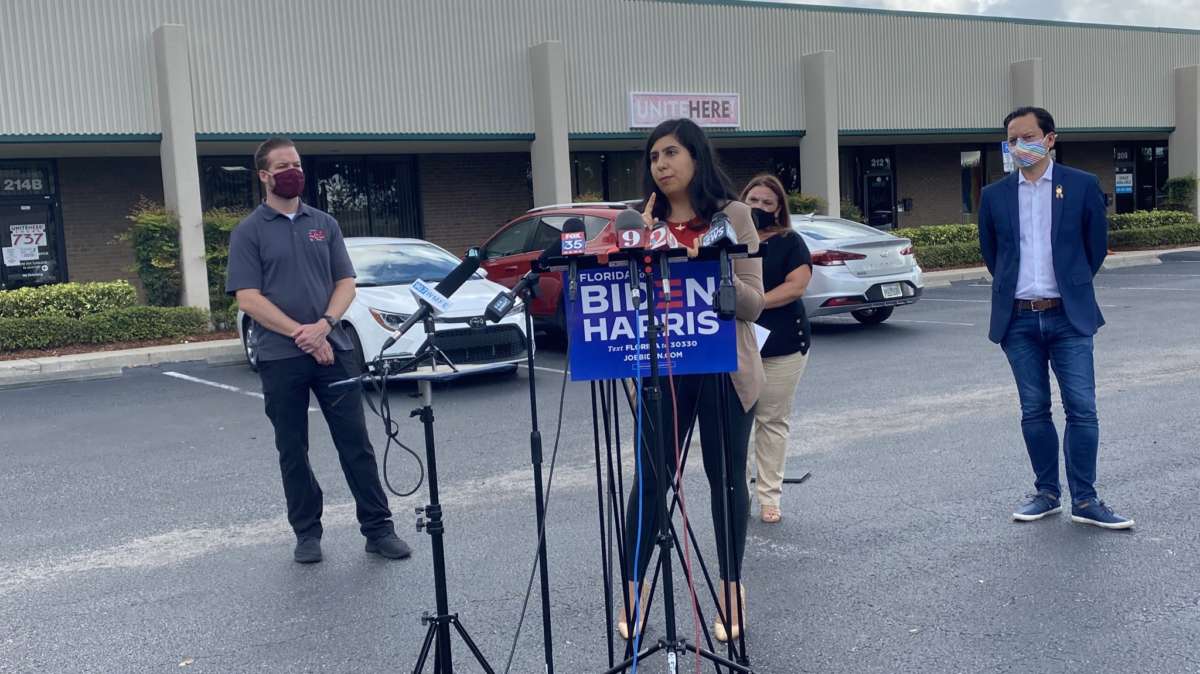 State Representative Anna Eskamani says since the federal government has ended coronavirus relief talks, it’s now up to the state to continue them.

Eskamani says that’s why she introduced a bill yesterday that would extend benefits to furloughed and laid-off hospitality workers.

“That would increase the weekly benefit amount from 275 max to 500 dollars. That would eliminate this sliding scale that only provides 12 weeks of unemployment, bring it to the national average of 26. Create an alternative base period so more folks can qualify.”

Democratic Rep. Carlos Guillermo Smith called on the legislature to hold a special session to vote on aid.

So far, DeSantis and his fellow state Republicans have ignored Democrats’ requests for a special session.

Both lawmakers’ comments in Orlando came days after Disney announced they would lay off more than 8,000 part-time workers.

Joined the #BidenHarris2020 Campaign today to call out both @realDonaldTrump & @GovRonDeSantis on their weak leadership when it comes to providing much needed relief to American workers.