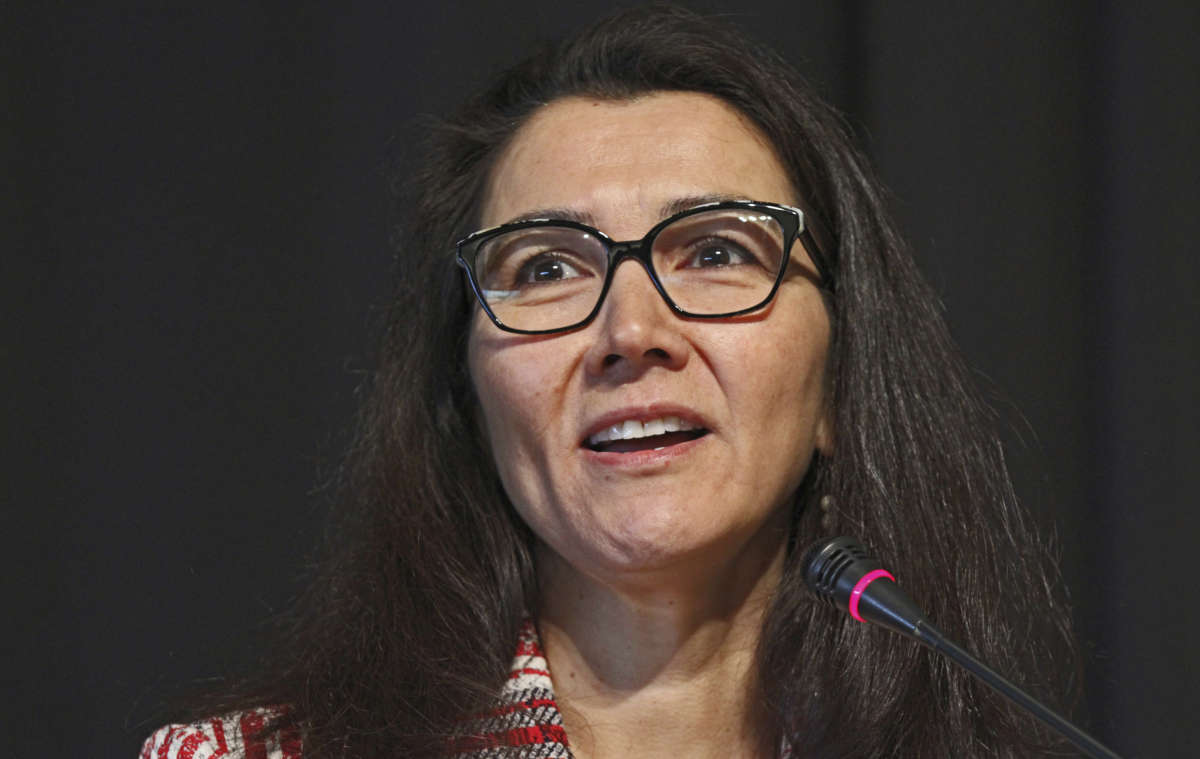 Mary Peltola, a Democrat, speaks during a forum for U.S. House candidates on May 12 in Anchorage, Alaska.
Image credit: Mark Thiessen

Democrat Mary Peltola will represent Alaska’s lone U.S. House seat, after winning a special election that was determined by a ranked-choice voting tabulation on Wednesday. She will become the the first Alaska Native in Congress.

In the final round of the count, Peltola, a former state lawmaker, edged Sarah Palin, a former Alaska governor and the 2008 Republican vice presidential nominee, by 3 percentage points, 51.5% to 48.5%.

This is how the candidates finished after initial voting:

Peltola’s victory denies the controversial Palin, an ally of former President Donald Trump, an immediate return back onto the national political scene.

The special election in Alaska was held earlier this month but it took until Wednesday to tabulate all the mail-in votes and calculate the winner with the state’s new ranked-choice voting system.

Republican Nick Begich III came in third in the election, so voters who had put him as their first choice (or who had written in another candidate) had their ballots reallocated to the candidate who was their second choice.

The special election was to replace Rep. Don Young, who died earlier this year at the age of 88. Peltola will complete the term and then she, Palin and Begich will face off again in November for the next two-year term.

Peltola and Palin served together as state legislators.

Though Palin had sharp words for her fellow Republican Begich, she refrained from attacking Peltola during the campaign, calling her a sweetheart. Peltola also did not badmouth Palin, telling NPR, “The region where I’m from, there is a big premium on being respectful, on not using inflammatory language or harsh tones.”