Demings: “We Were Trying To Be Proactive, Because I Knew That Individuals And Families Would Hurt The Most 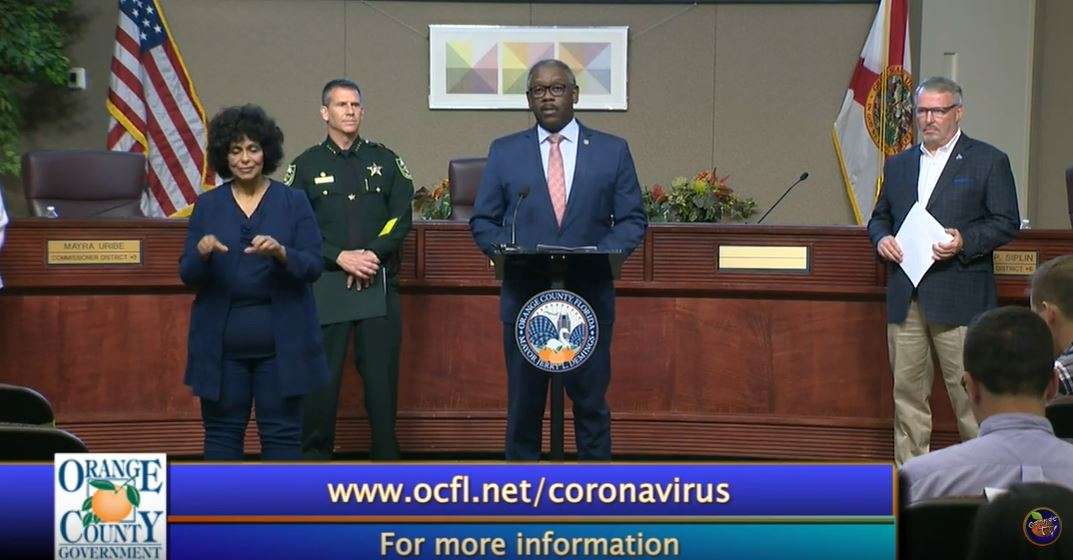 After mounting criticism, Governor Ron DeSantis signed a statewide stay at home order on Wednesday. Orange County Mayor Jerry Demings, who put a county stay at home order in place last week, says the statewide order is the right call- even if it’s later than he would have liked.

Demings tells Intersection the peak of this epidemic is likely still weeks away, and the death toll for the state could climb into the thousands. He says the next week will be critical as Central Florida hospitals prepare for a surge in patients.

“I’ve seen data that indicates that worst case scenario here in Florida, we could be talking about as many as 179 deaths a day throughout Florida,” says Demings.

Demings says it’s still too early to say if the county stay at home order is having an impact, but the mitigation efforts are all aimed to make sure hospitals in Central Florida have the capacity to handle the surge.

“If we’re successful, perhaps we will not realize those numbers that I just shared with you,” he says.

Demings says his goal is to have a plan in place to help the county recover once the pandemic is over. But he says he may have underestimated the need to help residents who have suddenly lost their jobs.

An emergency rental assistance program aimed at helping about 1500 families with one month’s rent got 30,000 applications in just 12 days.

“We were trying to be proactive, because I knew that individuals and families would hurt the most.” says Demings.

“When we started out, we said that the goal was to reach about 1500 families and we were working within our existing budget of about $1.8 million. There is no question that we will exceed the demand, exceed the resources that we have in place. So at some point, we have to have a conversation with the Board of County Commissioners about do we provide any additional dollars.”

Demings says he’s also keen to make sure Central Florida gets the help it needs from the federal government.

“We want to compete and make sure that we get our fair share of that $2 trillion within Florida as well as within our local county,” he says.