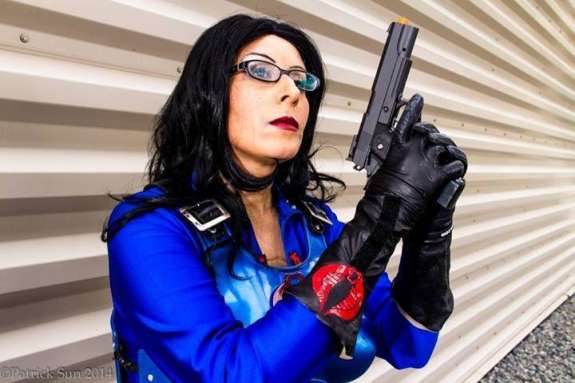 Superheroes, villains, artists and celebrities – tens of thousands of them – converge on the Orange County Convention Center. That can mean only one thing: it’s time for MegaCon. The estimated 70,000 comic book and science fiction fans bring an infusion of cash into the area this weekend…and some fascinating and often elaborate costumes.
Dementia von Grimm of Orlando is one of these costumers. Obviously, that’s not her real name – it’s her brazen dark-haired alter ego who attends conventions dressed as, say, the Evil Queen from Snow White, or a very edgy interpretation of a Strawberry Shortcake doll. She’s gaining a following for both her costumes and her online convention-attending advice. She tells 90.7’s Nicole Creston she’s watched MegaCon grow.