Delta strengthens into a hurricane in Caribbean 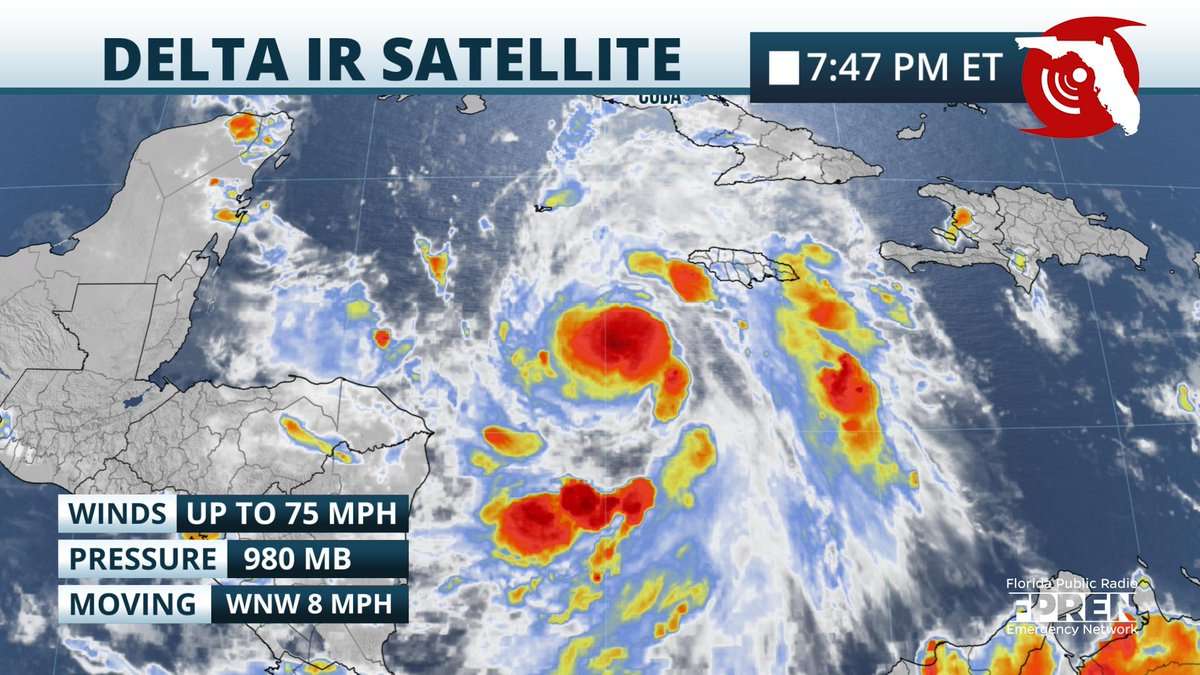 MEXICO CITY (AP) — Tropical Storm Delta has rapidly strengthened into a hurricane in the Caribbean, aiming to hit Mexico’s Yucatan Peninsula potentially as a major storm before striking the U.S. Gulf coast later in the week.

Southeastern Mexico is still soaked from Tropical Storm Gamma which hit its popular coastal resorts over the weekend.

Delta had been forecast to strike western Cuba, but shifted a bit to the west Monday putting it on a path to scrape the Yucatan early Wednesday.

A hurricane warning was in effect for the Cuban province of Pinar del Rio and in Mexico, from Tulum to Rio Lagartos, as well as Cozumel.