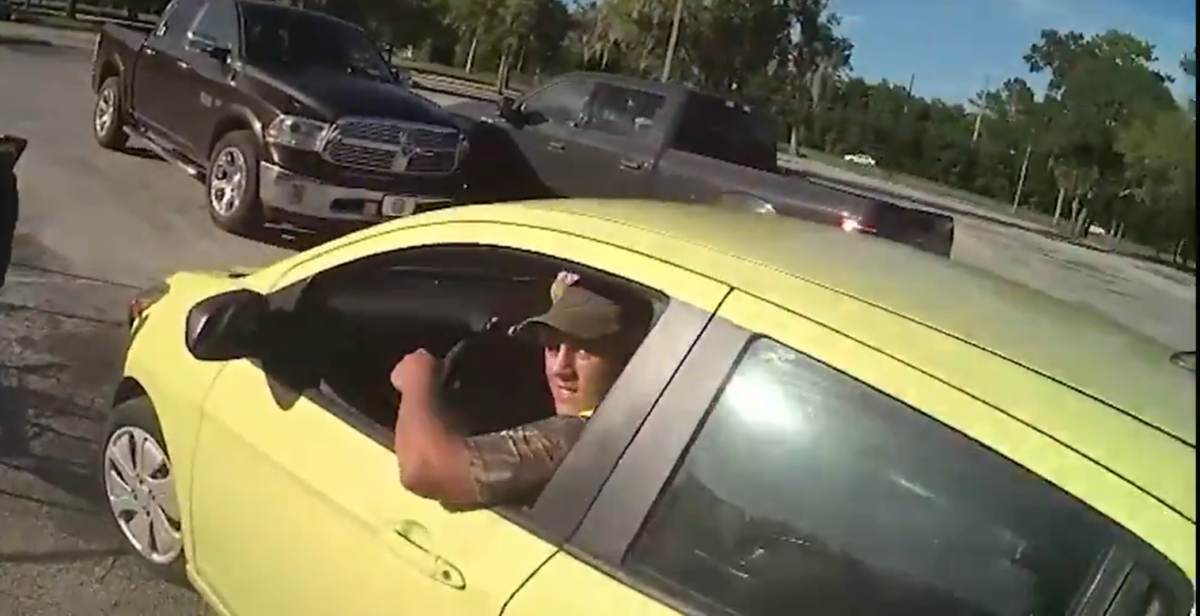 Nicholas J. Gordon was in a yellow Chevrolet Spark when approached by a Volusia County sheriff's deputy Monday afternoon. Image: VCSO via Twitter

A DeLeon Springs man has been arrested on a hate crime after Volusia County deputies say he pointed a gun and threatened to kill a black family in another vehicle.

The family of four was driving near DeLand Sunday afternoon when deputies say a white passenger in another car pointed a gun at them and, using a racial slur, threatened to kill them.

The couple, with young children in the backseat, sped away terrified, but the yellow Chevy Spark followed them closely.

The family had to stop for traffic and said the driver got out and also threatened to kill them, then drove away.

Deputies say 21-year-old Nicholas J. Gordon was the passenger with the gun. He told deputies he armed himself because the family was black, but denied pointing the gun or using the N-word.

He was arrested Monday on charges of child abuse and aggravated assault as a hate crime. He remained in the Volusia County jail Tuesday afternoon.

The arresting officer concluded the family was “solely targeted for being African American.”