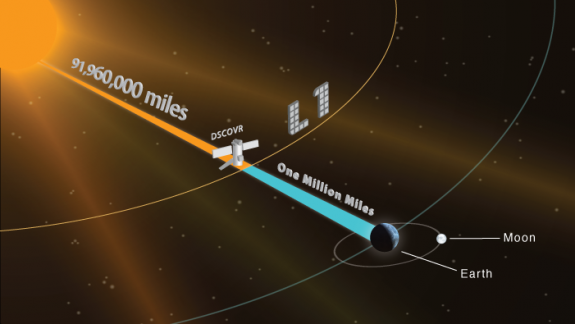 DSCOVR orbits the sun at Lagrange point 1 - an area of neutral gravity 1-million miles from the Earth.

A deep-space weather satellite reached its final orbit. The satellite will provide crucial data about the Sun and Earth to scientists.

The satellite will provide improved measurements of solar winds and serve as an advanced warning system against these geomagnetic storms – bursts of energy from the sun that interfere with telecom and GPS systems here on earth.

The satellite is orbiting the sun at Lagrange point 1 – an area of neutral gravity between the Earth and Sun.

The satellite will also monitor ozone, aerosol and radiation levels on Earth – data that will help scientists understand climate change.