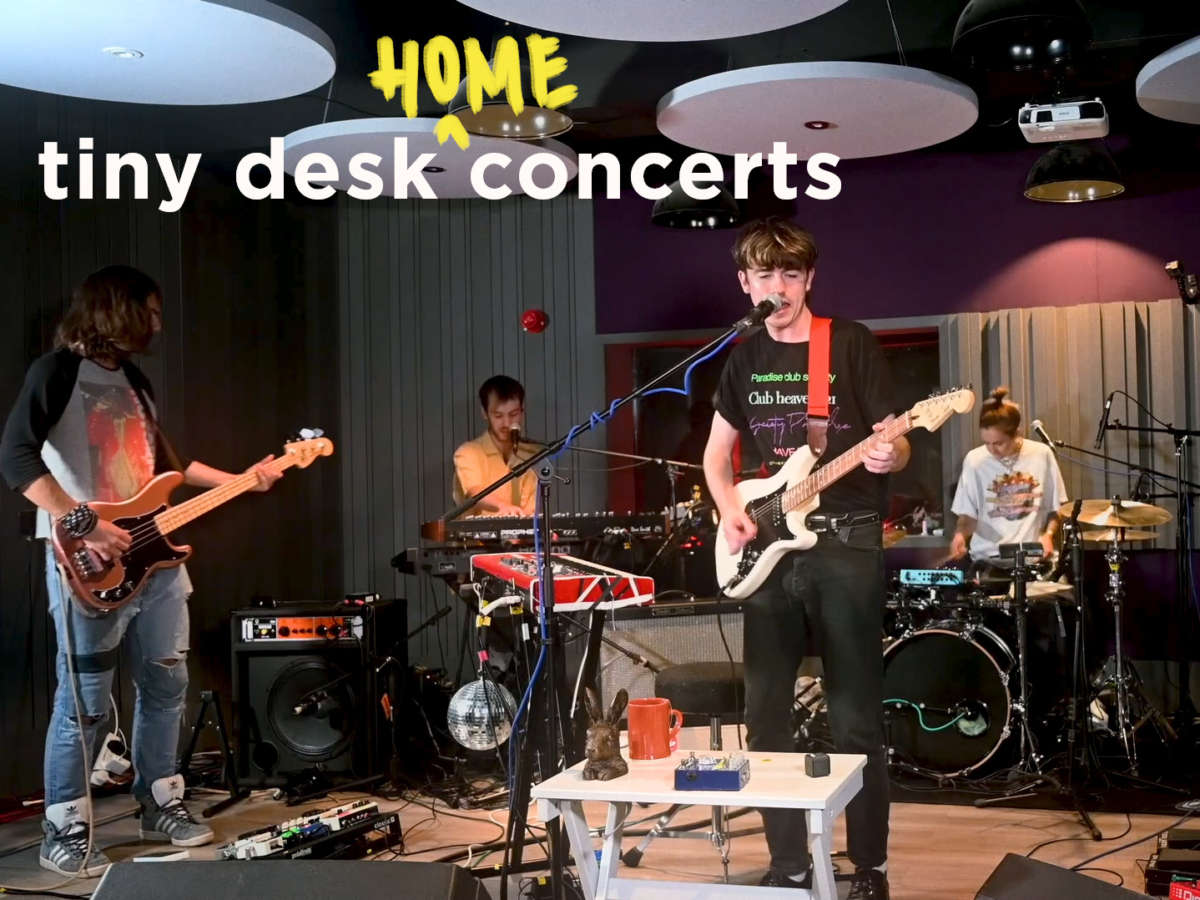 Declan McKenna and his band rock their Tiny Desk (home) concert. Their “home,” in this case, is The Foundry, a neighboring studio in North London. Declan is decked out with glitter, channeling a more flamboyant side of rock than I’ve seen from him before. He’s still immersed in complex storytelling with characters on the fringes, alienated for reasons of class and politics.

Three of the songs are from Zeros, his brand new album recorded in Nashville with producer Jay Joyce. It’s been a wild three-year ride since the release of his teenage smash debut What Do You Think About the Car? He’s now 21 and leads a fiery, honed band that developed serious chops after a few years of touring; Isabel Torres (guitar), Nathan Cox (keyboards), William Bishop (bass), and Gabrielle Marie King (drums) all propel the songs of Declan McKenna.

For his Tiny Desk (home) concert finale, Declan performs his best-known song, “Brazil,” a tune steeped in politics and sports, and the enthusiasm has him atop a tiny desk in the end.