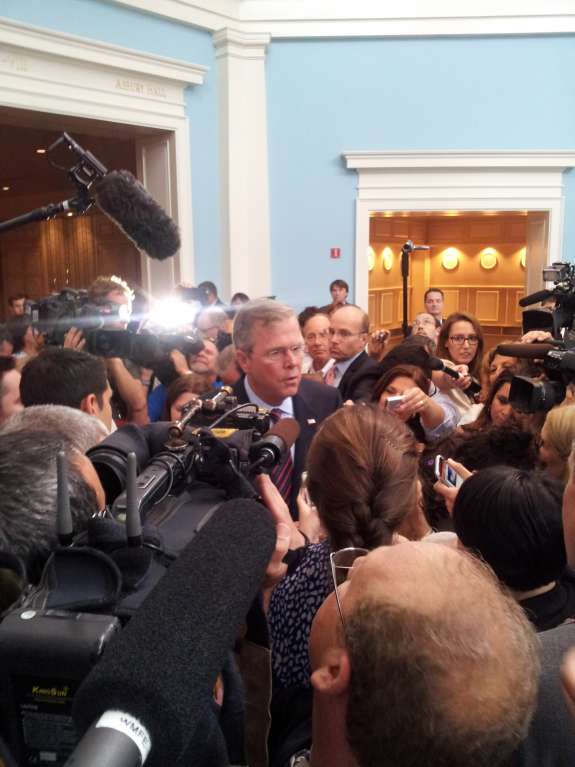 Bush told reporters at an economic summit in Orlando this week he was close to making a decision, and on his Twitter feed Thursday he posted that he’ll make a ‘big announcement’ in Miami.

Adam Goodman, a G.O.P. strategist and president of the Victory Group in Tampa, said the timing makes sense, as the first Republican debate is set for August.

“It is no surprise, in this case, Governor Bush has an incredible record of achievement to talk about and now he can do it more openly and fully than he can under the constrictions of a non-campaign campaign,” said Goodman.

That non-campaign campaign has allowed Bush to raise money through his super pac Right To Rise, without certain donation limits.

He’ll be up against his former protégé, Senator Marco Rubio in the battle for the Republican nomination.

“As people have to, you might say choose up between two very very good people, I think the advantage certainly is with Jeb because he’s been there longer and done more to earn it,” said Goodman.

Former Texas Governor Rick Perry is the latest to officially declare his candidacy in a crowded Republican primary field.