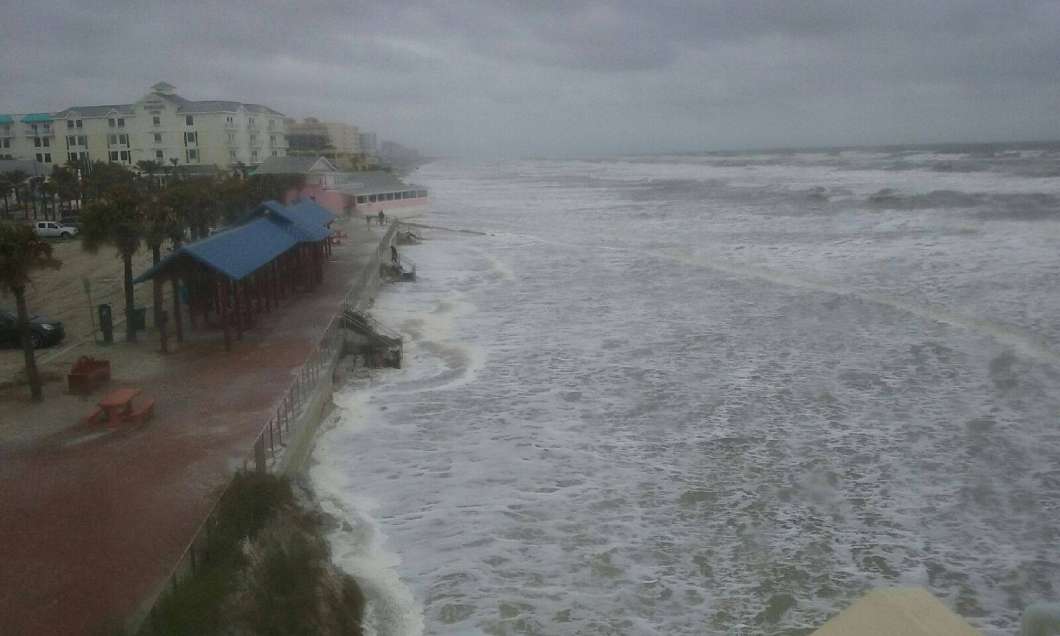 Volusia County beaches are under a double-red flag warning. Debris has been washing up with the strong currents and winds.

Volusia Beach Safety Captain Tammy Malphurs said even though it’s cold and windy, some people are walking on the beach Tuesday and officials want to alert them to the red flag warning.

“Usually it’s because of the debris in the water, we do have a bunch of debris washing up on shore. It’s really hard to tell how much debris is in the water and you really can’t see it when you’re in the water, so we’re telling people no water activity is allowed,” said Malphurs.

Crews are collecting scattered poles that designate conservation areas. Some of them are washing up with wood pieces and other large pieces of debris.