DeBary Mayor: “Put A Stop To This Witch Hunt” 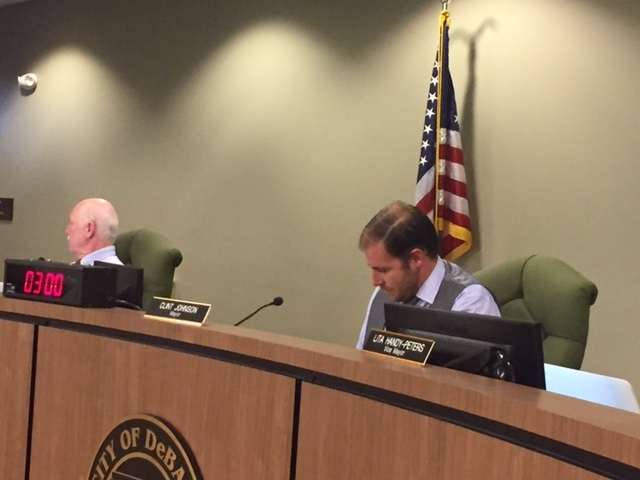 A public meeting next week to discuss ousting DeBary mayor Clint Johnson will go ahead.  At a court hearing today a judge turned down an injunction to stop the meeting.

Debary is suing Mayor Clint Johnson over unfilled public records requests and the city alleges he violated the charter by giving orders to a city employee.

“I would hope that the city council has more respect for the will of the thousands of voters that put me into office, that they wouldn’t try to sidestep the will of the voters with a minor, baseless technicality,” said Johnson after the court appearance.

Johnson points out he was the only member of the city council who wasn’t named in the search warrant.

“There’s pretty serious stuff in the city right now, and that’s what we need to be focusing on as a body of leaders and that’s what I would hope they would join me in moving forward and put a stop to this, for lack of a better term, witch hunt,” said Johnson.

“I’m not someone to blame someone else for my actions,” said Parrott.

“I’m responsible for my own actions, and I’ll stand up for what I did. We’re going to cooperate fully, and I still don’t believe I violated the Sunshine law in this respect.”

Parrott said officers were looking for emails about plans to develop a 102 acre piece of land around the city’s SunRail station.

“I mean it’s a really political issue right now, and allegations are made and I think they should be examined.”