Death toll rises to 10 at site of collapsed Florida building 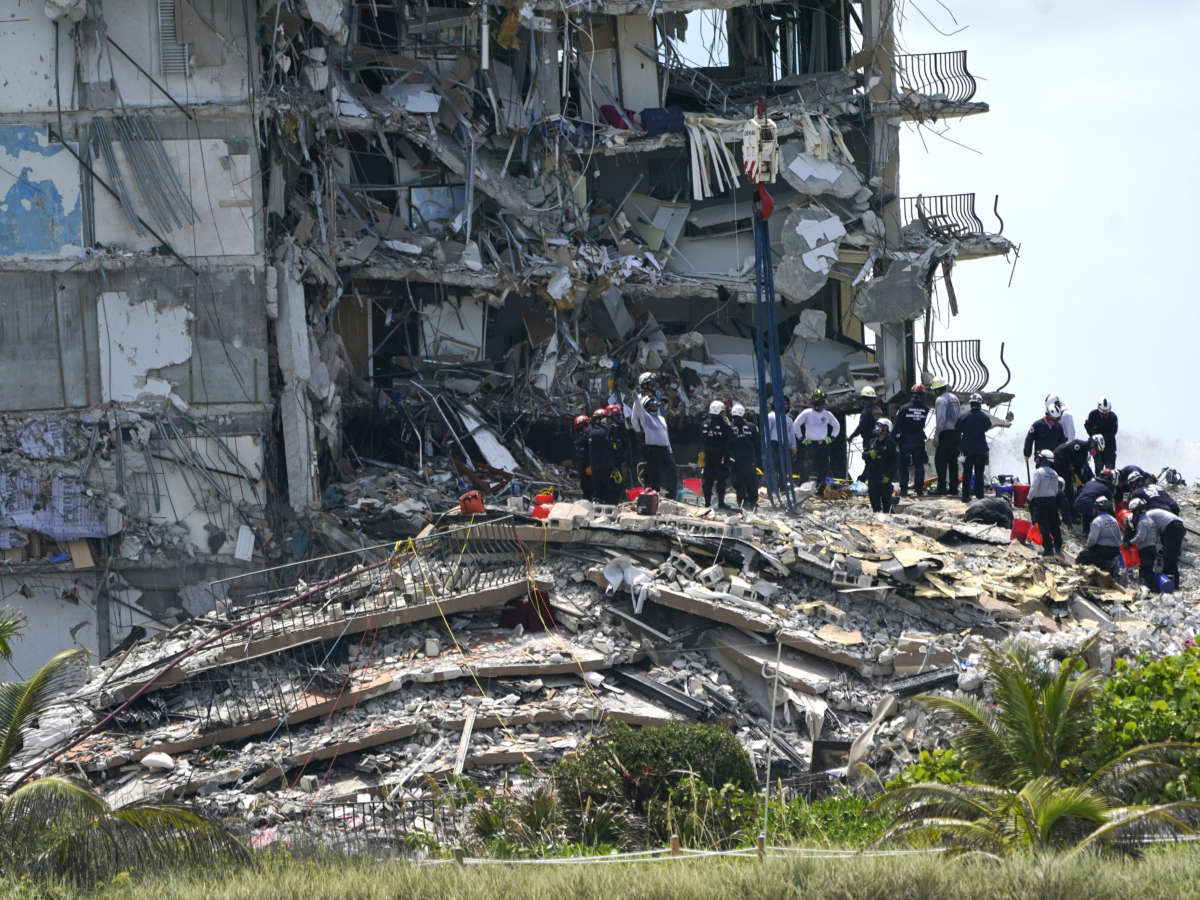 SURFSIDE, Fla. (AP) — Miami-Dade Mayor Daniella Levine Cava says another body was recovered overnight from the site of a collapsed building, bringing the death toll to 10.

She said Monday that a further 151 people who may have been in the building remained unaccounted for.

He tells ABC’s “Good Morning America” that more than 80 rescuers at a time are breaching the collapsed walls and tunneling underneath.

He says they’ve found voids where there’s a chance that people might have survived.