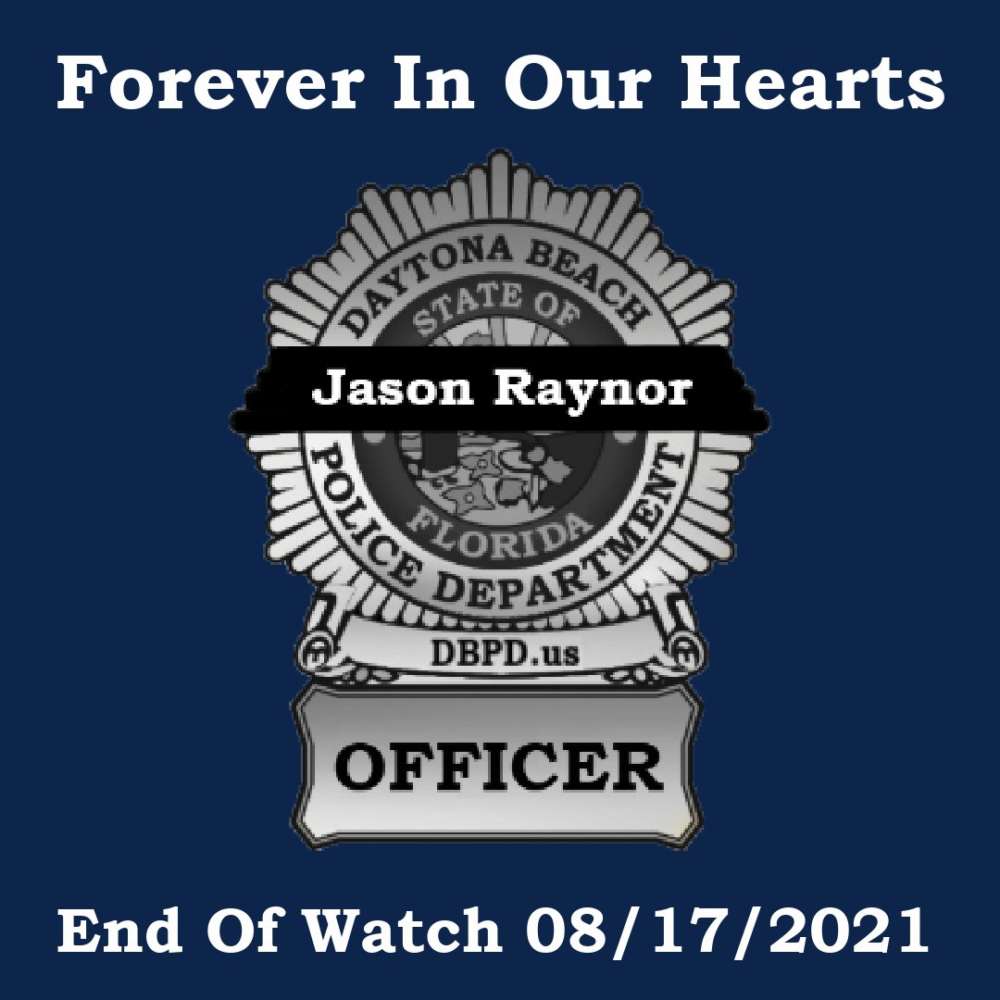 Daytona Beach Police Officer Jason Raynor has passed away almost two months after he was shot on duty. He was only 26 years old.

Officer Jason Raynor was shot in the head while responding to a call on June 23rd.

He succumbed to his injuries Tuesday night at Halifax Health Medical Center with his family by his side.

In a statement, Young says, “Now more than ever, we ask for all of you to embrace the Raynor family and the Daytona Beach Police Department in your hearts during this devastating time and pray that God will give us all the strength to persevere through this senseless tragedy.”

Anyone wishing to send condolences or donations to the family, can contact the department directly.

Details about funeral arrangements will be released on the department’s social media channels when they are finalized.