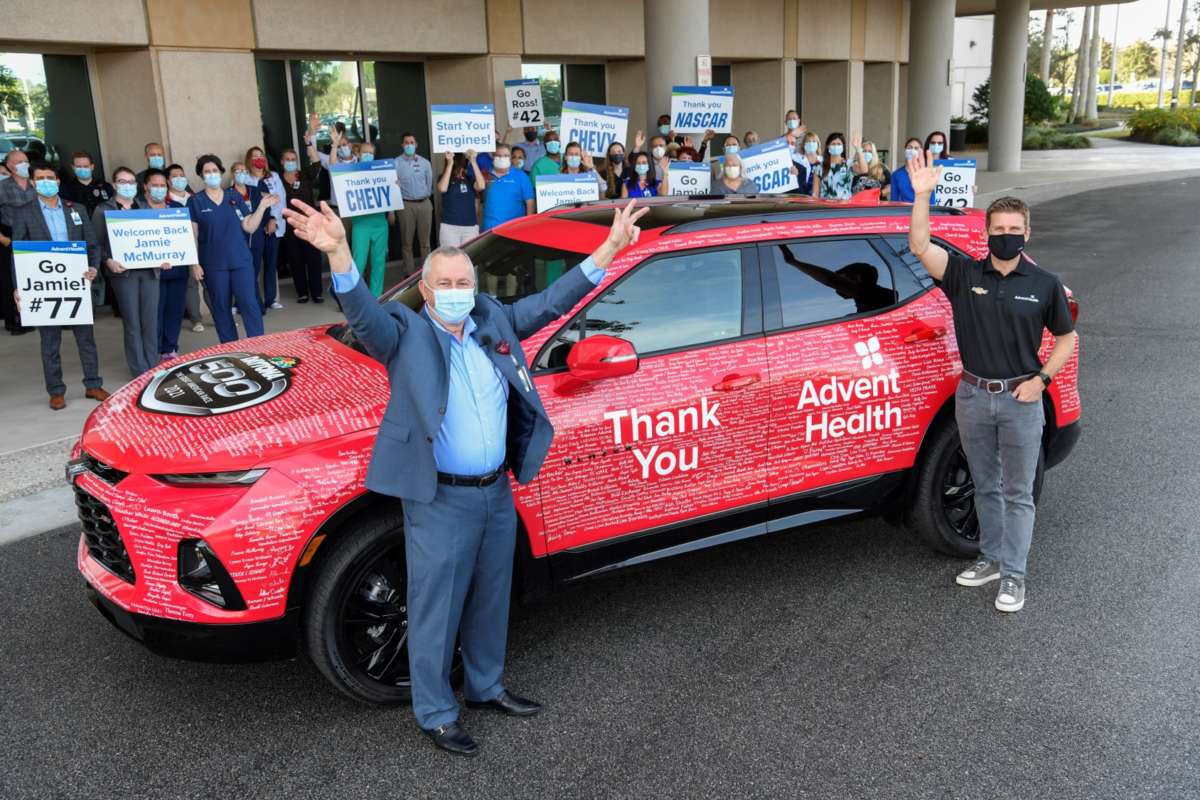 The Grand Marshal SUV at this year’s Daytona 500 that will lead the field at the start of the race will honor Florida’s health care heroes.

The red SUV donated by AdventHealth is covered in more than 3,000 signatures of doctors and nurses that have worked on the frontline of the pandemic.

2010 Daytona 500 champ Jamie McMurray will drive the car on Sunday. He says it’s a way of thanking staff in the hospital system and beyond for their efforts.

“I think back to when this all first hit and all the sacrifice that they put forward in a super scary time to help the rest of us it get through that. I mean, I don’t know that you can say thank you enough.”

McMurray will also race in No. 77 for AdventHealth in his first return to the track since the 2019 season.

“The idea of the car and the signatures and allowing people to do that and saying thank you to healthcare workers is so important. It’s devastating you know what’s happened in our world in the past year.”

He’ll wear a special heart monitor that will give fans an in-depth look at the body’s response to racing.