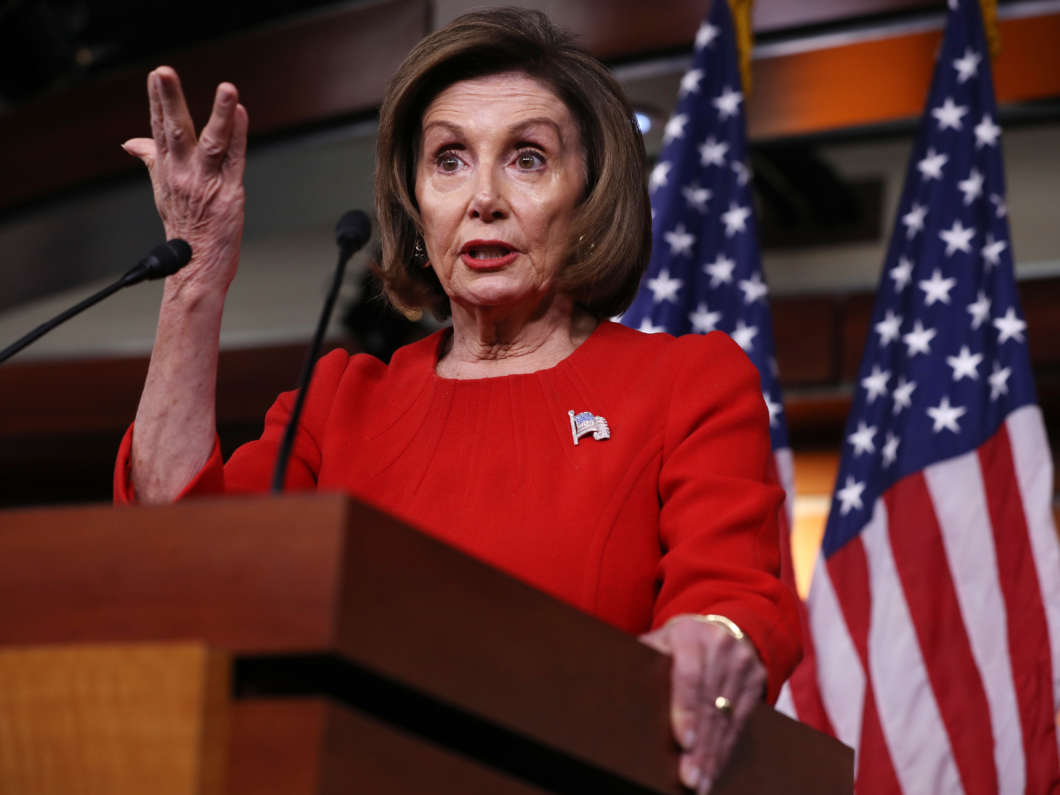 Speaker of the House Nancy Pelosi, D-Calif., has been seeking a short-term deal to fund the government through Dec. 20. Currently, federal agencies are set to run out of money on Thursday.
Image credit: Chip Somodevilla

House lawmakers have introduced a temporary funding measure to thwart another government shutdown, with hopes to move the legislation to the Senate and the president’s desk before federal agencies run out of money at midnight on Thursday.

“With a government shutdown deadline just days away, this continuing resolution is necessary to keep government open as we work towards completing the appropriations process,” Lowey said in a written statement Monday after introducing the bill. She said in addition to a funding extension for agencies, the bill also includes a 3.1% pay raise for the military and funding to support the 2020 census.

On Sept. 27, President Trump signed a short-term spending bill that extended funding for government agencies at 2019 levels until Nov. 21. The measure included some “anomalies,” or additional spending, for special programs such as the 2020 census.

Lawmakers had signed on to the temporary funding plan with hopes they could work out a permanent deal for the 2020 fiscal year by this week. However, the spending talks have been derailed by fights over border wall funding and the impeachment inquiry launched by House Democrats in late September.

The House is expected to pass the bill on Tuesday and send it to the Senate for approval in time to vote on it before the midnight Thursday deadline.

Some Democrats, such as Senate Minority Leader Chuck Schumer of New York, have suggested that Trump may refuse to sign the measure over the impeachment probe, which centers on claims that the president withheld nearly $400 million in U.S. assistance from Ukraine in exchange for political investigations.

However, some Republicans have dismissed the suggestion.

Rep. Mike Simpson, R-Idaho, a member of the House Appropriations Committee, said the continuing resolution should win Trump’s support. Simpson said that while the measure could also include a new round of anomalies, it should remain uncontroversial.

“Of course I think shutdowns are always a bad idea,” he said. But “it would be a bad idea for the president to not accept this,” he added. “It’s just a straight CR until the 20th.”

Still, appropriators remain unsure about whether they’ll be able to reach permanent 2020 spending deals on a dozen budget plans by Dec. 20. Some are already suggesting that additional continuing resolutions may be needed.

Last year, a breakdown in talks over funding for Trump’s border wall led to a 35-day government shutdown — the longest in U.S. history.