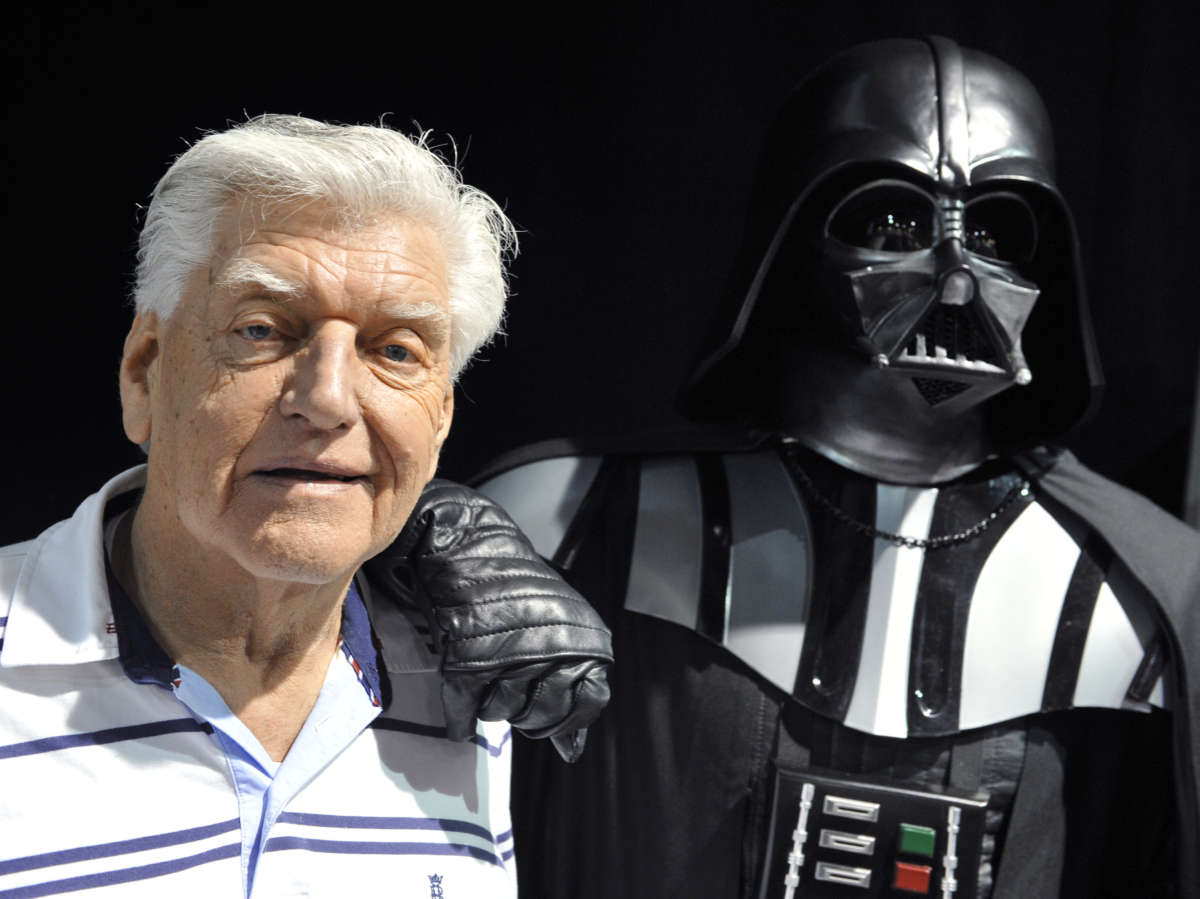 English actor David Prowse, who played Darth Vader in the first Star Wars trilogy poses with a fan dressed up in a Darth Vader costume during a Star Wars convention on April 27, 2013. Prowse died in 2020, at the age of 85.
Image credit: THIERRY ZOCCOLAN

David Prowse, the British weightlifting champion and man behind the Darth Vader mask, has died. He was 85.

The actor’s management company shared the news of his passing early Sunday morning on social media “with great regret and heart-wrenching sadness for us and million of fans around the world.”

Prowse wore the Darth Vader costume in the original Star Wars trilogy, while James Earl Jones provided the villain’s iconic voice. At a towering 6-foot-7 tall, the actor was originally offered a choice between the role of Vader or Chewbacca. In an interview with NPR in 2008, Prowse explained why he chose the villain.

“Well, if you think back on all the movies that you’ve ever seen where there are goodies and baddies … you always remember the baddie,” he said.

The towering Prowse is also known for his role as a bodyguard in Stanley Kubrick’s A Clockwork Orange. Used to playing hulking monsters, Prowse portrayed Dr. Frankenstein’s creature in three separate films: Casino Royale (1967), The Horror of Frankenstein (1970) and Frankenstein and the Monster From Hell (1974). He also made a cameo on the popular British science fiction show, Doctor Who, as a minotaur.

From 1971-1990, Prowse was known to many children as The Green Cross Man, a spokesman for road safety in England. In a 2014 column for The Guardian, Prowse said his role as the Green Cross Man was “the best job” he’d ever had.

“Many people will know me for being the ultimate screen villain, Star Wars’ Darth Vader,” he wrote. “But being a “goodie goodie” and heading up the Green Cross Code campaign, helping to save thousands of lives has always been the ultimate honour.”

Prior to his work in film, Prowse was a champion bodybuilder and fitness consultant. He owned three gyms in London, and trained Christopher Reeves for his role as Superman.

His last credited role was as Professor Henry Wales in the series Mission Backup Earth. Prowse has appeared at multiple conventions and signings, before retiring in December 2017.

“He loved his fans as much as they loved him,” he wrote.