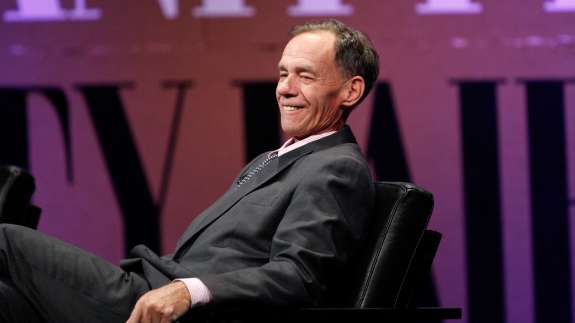 David Carr, a New York Times media columnist who had reported on the industry for 25 years, died after collapsing in the newsroom, the newspaper reported.

The Times reported that Carr’s media reporting career began with alternative weeklies in Minneapolis and Washington, D.C., before moving to Inside.com, New York Magazine, The Atlantic and finally The Times, which he joined in 2002.

Carr, also published a memoir in 2008, The Night of the Gun, which was an investigation into his addiction to drugs and alcohol.

He approached the autobiographical work as an investigative reporter would, The Associated Press reported:

“Carr said he wrote up a book proposal ‘on a dare to myself’ in two days. After an agent sold the idea, Carr ended up interviewing about 60 people and working on the book for three years. He took the transcribed interviews, numerous documents and pictures to his family’s cabin in the Adirondacks, where he wrote the book.”

Carr, whom The Times described as an early proponent of social media, recently had begun teaching a class at Boston University about “creative business models for supporting digital journalism,” the AP reports.

He is survived by his wife and three daughters, The Times reported.