David A. McElroy One Man “A Christmas Carol” 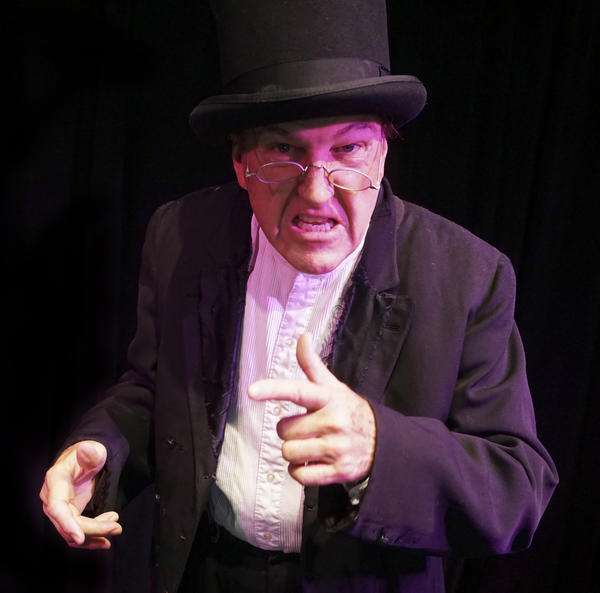 Photo: David A. McElroy- One Man "A Christmas Carol"

The cheapest most profitable show for an actor or theatre to put on is a one-man show. I should know. I’ve done a bunch at Fringe. There’s one actor so no big cast to pay, typically there’s no set to create and pay for so it’s heaven for the actor and the theatre. The audience? Well it depends on the actor. So roll the dice this weekend on this one-man adaptation of A Christmas Carol written and performed by David A. McElroy Saturday and Sunday at Blue Bamboo Center for the Arts. Remember, you can always request a refund after any theatre show and if they don’t give it to you, you’re screwed. So maybe don’t take a chance on this show if you really need that ticket money. I mean it’s Christmas! Who are you to ask me to take my money that should be going to presents for my wife and child and instead throw it at some actor who just may stink?

This has nothing to do with the fact that I forgot to pay attention to when the Fringe Festival submissions deadline was so now I don’t get to bilk theatre goers who are dumb enough to take a chance with their money on my one man show.

But I will tell you this, Ebenezer. You will never catch me doing a one man show of A Christmas Carol at the Blue Bamboo Center for the arts this weekend because, I respect the audience too much because I know that play probably has way too many lines to memorize and let me tell you what – I won’t memorize them! Why work so hard? I would rather this man, this David A McElroy do all the work for us all, we go see him and we all leave wondering “How’d he memorize all those words and play all those characters and hold an entire audience spellbound?” I’ll do that and you should too.