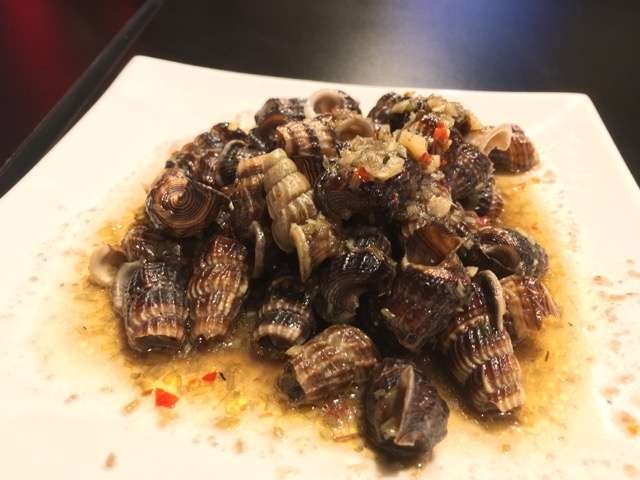 I paid 30 bucks for a beer and a soft-shell crab po’boy, and not a very good one at that.

Actually, I only paid $12.95 for the sandwich, which, even with the modest fries that came with it, also wasn’t worth that price. But my check at Davi Cajun Seafood in the Mills 50 District included an appetizer that also cost $12.95, and was one of the most worthless piles of slugs I’ve ever encountered.

In reality they were sea snails, a Vietnamese street food. Unlike the escargot of Burgundy, these snails are smaller and have a more conical shell. Also unlike the snails served in a French restaurant, the “meat” has not been extracted for preparation and then replaced in the shell for presentation.

That’s assuming there’s any meat in them at all. You can’t prove it by me.

To eat these snails, one is meant to suck on one of the open ends. If nothing is forthcoming, the instructions are to suck the other end. That failing, try using a toothpick to extract the shy creature. I did all three methods on about a dozen of the little suckers and got only one teeny bit of snail for my efforts. At one point, as I held one of the snails up, a snot-like slime oozed out. I consider myself a fairly adventurous diner, but I was done with this pile of worthless, overpriced flotsam.

The po’boy certainly looked better when it was placed in front of me. The crab seemed considerable, but when I lifted the roll to apply some hot sauce, I saw wide gaps of only bread. That the crab was nicely breaded and had good peppery seasoning is, at this point, inconsequential.

My timid server, after asking how I liked the snails, slunk away when I told her.

Last year, this place opened in November as Da Vi Vietnamese Cuisine. By April it was closed.

Except for some young guys hanging around who appeared to be friends of the server, only one other table was occupied. It should have been a clue.