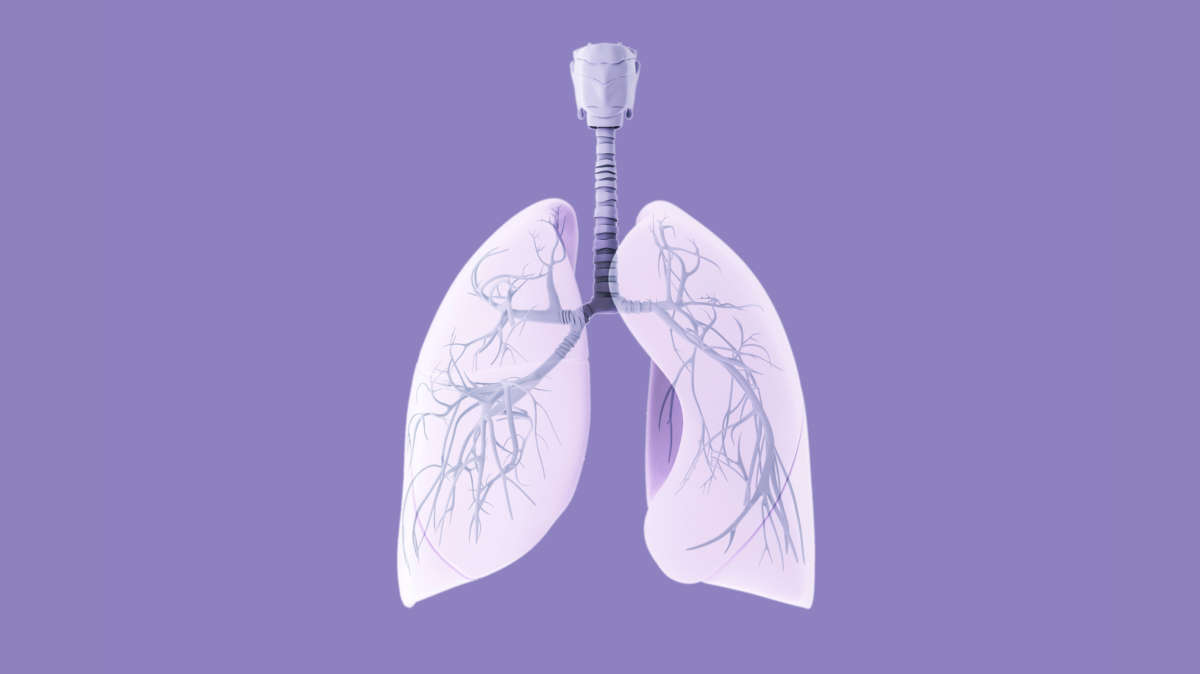 Simply improving our breathing can significantly lower high blood pressure at any age. Recent research finds that just five to 10 minutes daily of exercises that strengthen the diaphragm and certain other muscles does the trick.

It’s well known that weightlifting can strengthen our biceps and quads. Now, there’s accumulating evidence that strengthening the muscles we use to breathe is beneficial too. New research shows that a daily dose of muscle training for the diaphragm and other breathing muscles helps promote heart health and reduces high blood pressure.

“The muscles we use to breathe atrophy, just like the rest of our muscles tend to do as we get older,” explains researcher Daniel Craighead, an integrative physiologist at the University of Colorado Boulder. To test what happens when these muscles are given a good workout, he and his colleagues recruited healthy volunteers ages 18 to 82 to try a daily five-minute technique using a resistance-breathing training device called PowerBreathe. The hand-held machine — one of several on the market — looks like an inhaler. When people breathe into it, the device provides resistance, making it harder to inhale.

“We found that doing 30 breaths per day for six weeks lowers systolic blood pressure by about 9 millimeters of mercury,” Craighead says. And those reductions are about what could be expected with conventional aerobic exercise, he says — such as walking, running or cycling.

A normal blood pressure reading is less than about 120/80 mmHg, according to the Centers for Disease Control and Prevention. These days, some health care professionals diagnose patients with high blood pressure if their average reading is consistently 130/80 mmHg or higher, the CDC notes.

“I think it’s promising,” Joyner says about the prospects of integrating strength training for the respiratory muscles into preventive care. It could be beneficial for people who are unable to do traditional aerobic exercise, he says, and the simplicity is appealing, too, given people can easily use the device at home.

“Taking a deep, resisted, breath offers a new and unconventional way to generate the benefits of exercise and physical activity,” Joyner concluded in an editorial that was published alongside a prior study in the Journal of the American Heart Association.

So, how exactly does breath training lower blood pressure? Craighead points to the role of endothelial cells, which line our blood vessels and promote the production of nitric oxide — a key compound that protects the heart. Nitric oxide helps widen our blood vessels, promoting good blood flow, which prevents the buildup of plaque in arteries. “What we found was that six weeks of IMST [inspiratory-muscle strength training] will increase endothelial function by about 45%,” Craighead explains.

Good for all ages, and could help athletes’ endurance

It has long been known that deep diaphragmatic breathing — often used during meditation or mindfulness practices — can help lower blood pressure too. Muscle training with the PowerBreathe device works in a similar way, engaging the breathing muscles and promoting the production of nitric oxide. The particular helpfulness of the IMST device, Craighead says, is that it requires less time to get the benefit because the small machine adds the resistance that gives the muscles a good workout. His research is funded by the National Institutes of Health.

The new study builds on the prior study and adds to the evidence that IMST — which is essentially strength training for the respiratory muscles — is beneficial for adults of all ages. “We were surprised to see how ubiquitously effective IMST is at lowering blood pressure,” Craighead says. Before the results came in, he’d suspected that young, healthy adults might not benefit as much. “But we saw robust effects,” he says, pointing to a significant decline in blood pressure for participants of all ages. He says the finding suggests IMST could help healthy young people prevent heart disease and the rise in blood pressure that tends to occur with aging.

There may also be benefits for elite cyclists, runners and other endurance athletes, he says, citing data that six weeks of IMST increased aerobic exercise tolerance by 12% in middle-aged and older adults.

“So we suspect that IMST consisting of only 30 breaths per day would be very helpful in endurance exercise events,” Craighead says. It’s a technique that athletes could add to their training regimens. Craighead, whose personal marathon best is 2 hours, 21 minutes, says he has incorporated IMST as part of his own training.

The technique is not intended to replace exercise, he cautions, or to replace medication for people whose blood pressure is so elevated that they’re at high risk of having a heart attack or stroke. Instead, Craighead says, “it would be a good additive intervention for people who are doing other healthy lifestyle approaches already.”

This is the way Theresa D. Hernandez, 61, sees the breathing exercises. She lives in Boulder, has a family history of high blood pressure and participated in the Colorado research. When the study began, she had blood pressure readings near the threshold at which doctors recommend medications.

“It was a surprise that something as simple could be so profound in terms of its impact,” says Hernandez of the six weeks of breathing exercises. “It took my blood pressure to under the threshold so that I would not need to take medication,” she says.

Her blood pressure dropped significantly, and she says she plans to stick with it — five minutes every day.